In a friend-of-the-court brief filed in the United States Court of Appeals for the Ninth Circuit, Connors and her counterparts argue that “states have the right to enact reasonable firearm restrictions that protect public safety and reduce the prevalence and lethality of gun violence.”

Connors said, “We are pursuing this action to protect Hawaiʻi’s citizens from large- scale gun violence and to support our existing laws banning large capacity magazines.”

Hawaiʻi and partner states filed this friend-of-the-court brief in Duncan v. Becerra, a lawsuit challenging California’s prohibition on large-capacity magazines. The lawsuit was filed by a group of gun owners and the California Rifle & Pistol Association, a state affiliate of the National Rifle Association, after the passage of California’s Proposition 63.

Nine other states (including Hawaiʻi), and the District of Columbia have also enacted laws banning large-capacity magazines. The constitutionality of those laws have been unanimously upheld by federal courts of appeals.

In April 2019, a lower court struck down California’s prohibition on large-capacity magazines in total. California has appealed the ruling to the Ninth Circuit and the ruling is currently stayed.

In this amicus brief, the states collectively argue that a ban on large-capacity magazines is a reasonable restriction that California has the right to adopt because: 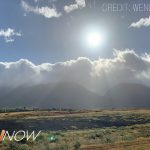 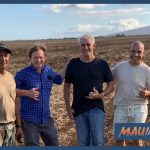