Radio broadcast veteran Terry Gillingham is has been named as the General Manager for Pacific Media Group (PMG) operations on Kauaʻi.

Gillingham’s lengthy radio management career began in 1981 as Regional Vice President for Buckley Broadcasting in Monterey, CA. From there he worked for radio groups in Colorado and Tennessee before coming to Hawaiʻi in 2014.

“To those of you on Kauaʻi, you know what a wonderful leader and person Terry is,” said PMG CEO/President Chuck Bergson. “To those of you who have not yet had the pleasure, Terry is an experienced Radio operator who has a long history in management as well as ownership.”

Gillingham has been recognized four times by Radio Ink Magazine as one of the Best Radio Managers in America. He is currently the Regional Vice President and General Manager of ʻOhana Broadcast Company. 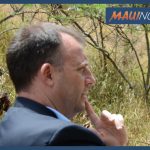 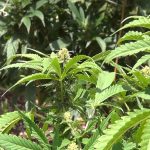