Forecasters continue to monitor Hurricane Kiko in the Eastern Pacific.

The NHC says Kiko is moving toward the west near 5 mph and is expected to continue on a WSW path today, followed by a turn back to the west on Wednesday.

Maximum sustained winds have decreased to near 100 mph and some slow weakening is forecast during the next couple of days, according to the NHC.

The National Weather Service in Hawaiʻi issued an area forecast saing, “moderate east-southeast winds will return to a more typical easterly direction late Tuesday. Showers will continue to be focused across windward slopes, though we will likely see increased clouds and a few showers Tuesday afternoon. Winds will decrease again and shift out of the southeast across most islands on Friday and the weekend.” 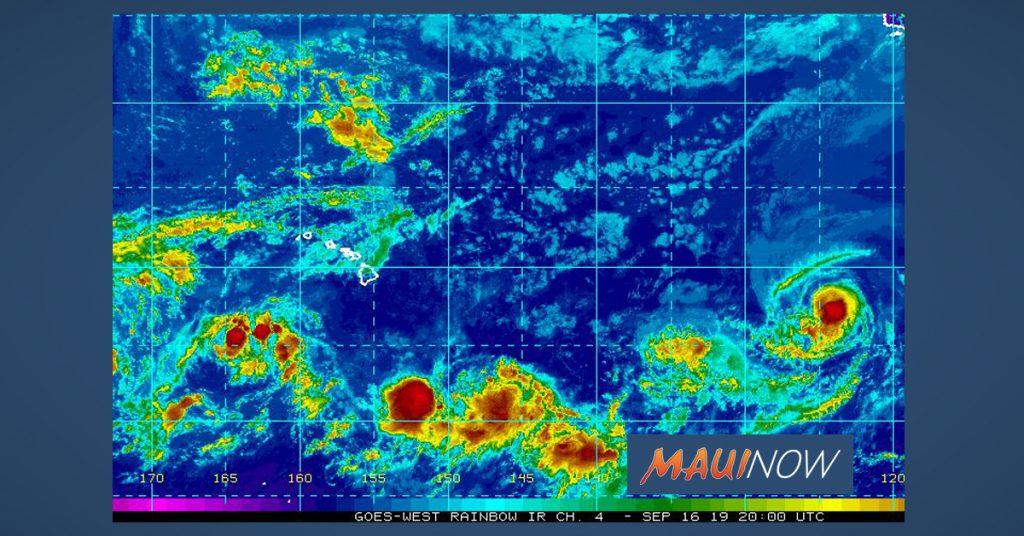