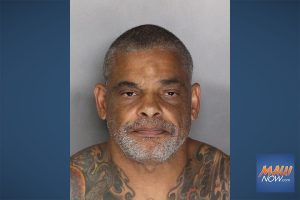 When a defendant waives extradition it means they will not challenge the process to return to the state where their warrant was served. This means that Brown can be returned to Maui immediately to face second degree murder charges in the disappearance of Moriera “Mo” Monsalve, who went missing five years ago. 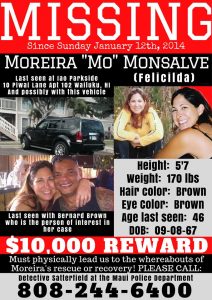 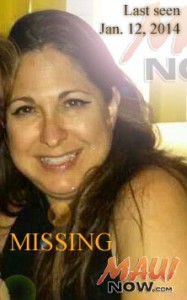 Monsalve, 46, was last seen on Sunday, Jan. 12, 2014, at her ex-boyfriend’s residence – Bernard Brown – in Wailuku.  She was earlier seen at the University of Hawaii Maui College campus where she had attended a meeting with her son, but failed to return to pick him up.

Less than a month after Monsalve went missing, Brown departed Maui for California. At the time Maui Police considered him a person of interest and not a suspect in the case. 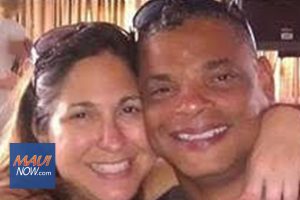 Then last week Friday (Sept. 20) a Maui grand jury indicted Brown for second degree murder in the Monsalve case and the FBI and Sacramento police arrested Brown in California on a warrant later that same day.

Monsalve’s daughter, Alexis Felicilda, said she worked hard over the years to make sure that any information she or anyone else found or received about her mother’s case made it’s way to the hands of Maui police, Maui prosecutors or the FBI.

“This is exactly what we’ve been working for over the last five years,” Felicilda said.

Brown is currently being held in the Sacramento County Main Jail until Maui police can take custody of him and bring him back to this jurisdiction.