Kingsnake Turned In Under Amnesty

A live California kingsnake was turned in to the Honolulu Zoo under the state’s Amnesty Program at about noon on Tuesday, Oct. 1, 2019.

The zoo immediately contacted the Hawaii Department of Agriculture and inspectors took custody of the snake. The nonvenomous black-and-white colored snake measured 3 ½ feet in length and is currently being safeguarded at the Plant Quarantine Branch. 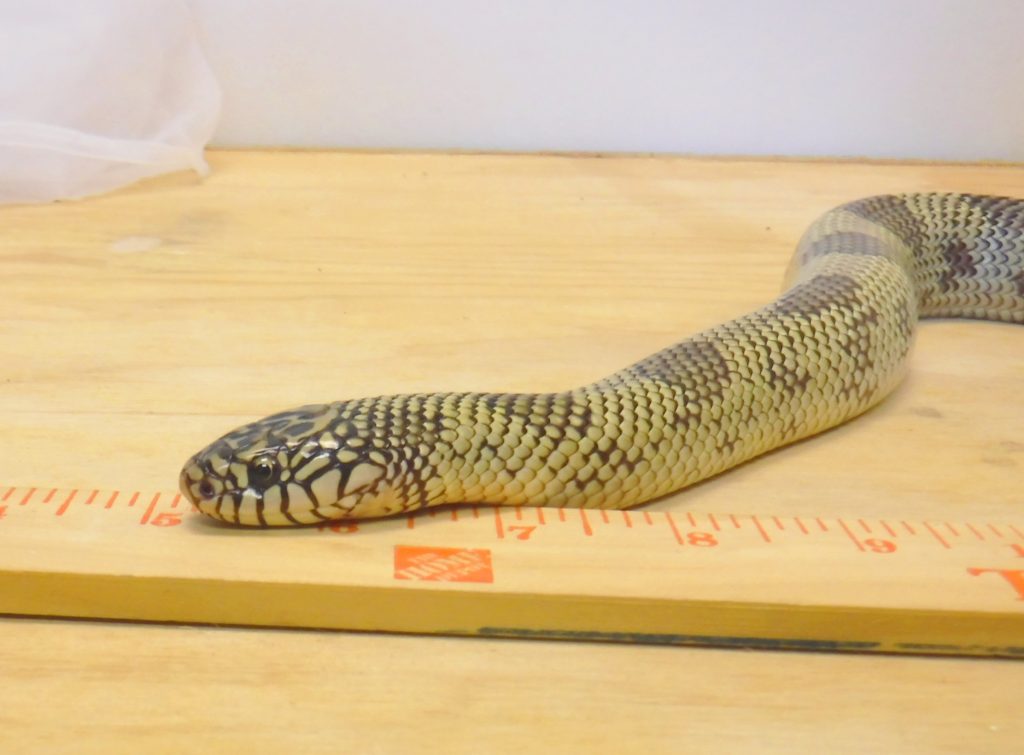 Snakes are illegal to transport and possess in Hawaii. Under the Amnesty Program, illegal animals may be turned in to any HDOA office, any municipal zoo or aquarium, or the Humane Society. If illegal animals are turned in prior to the start of an investigation there will be no criminal charges or fines assessed.

“The State offers amnesty for the voluntary surrender of illegal animals because we do not want these animals set free in the wild,” said Phyllis Shimabukuro-Geiser, chairperson of the Hawaii Board of Agriculture. “Surrendered animals will not be killed and will be used for educational purposes and may eventually be sent to wildlife refuges on the Mainland.”

Snakes and large reptiles have no natural predators in Hawaii and pose a serious threat to Hawaii’s unique ecosystem as they compete with native animal populations for food and habitat. Many species also prey on birds and their eggs, increasing the threat to our endangered native birds. Large snakes may also be a threat to humans and small pets.

Individuals possessing illegal animals may be charged with a class C felony, face fines of up to $200,000, and three years in prison. Anyone with information on illegal animals should call the State’s toll-free PEST HOTLINE at 643-PEST (7378).

Regarding the California kingsnake, Lampropeltis californiae, it is one of the most popular snakes in the pet trade and is native to the southwestern U.S. and northwestern Mexico. They may grow up to about four feet in length and are generalist predators with a diet consisting of: lizards, reptiles, birds, bird eggs, rodents and other small mammals. An albino variety has also become established in the Canary Islands and has wreaked havoc on the native ecosystem there.