A community event is encouraging Mauiʻs men to take action against domestic violence.

“Maui Menʻs March Against Violence,” a free event that is open to the public, will be held this Friday at 3:30 p.m. on the University of Hawaiʻi Maui College campus great lawn.

The event is a part of the universityʻs PAU Violence, a sexual violence prevention initiative.

Organizers say the purpose of the march is to unite men and women on Maui in the efforts to end domestic violence, intimate partner violence, and gender violence.

“For more than 41 years, the community leaders addressing partner abuse have been women. The best strategy for effectively addressing violence in families and relationships involves everyone,” a press release said.

The event comes in the midst of Domestic Violence Awareness Month.

Event organizers emphasized in the release that violence does not discriminate, but can impact anyone regardless of race, religion, socioeconomic class, profession, and age groups.

“There is a role for each sector and the engagement by men will strengthen community-wide efforts,” the release said.

“Believing that men and women can work together as allies in shifting paradigms, changing worldviews and ending the injustices of patriarchy, the men and women of Maui County can stand united with one voice.”

The event will feature food, live music, and informational services from local agencies. 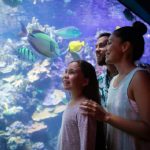 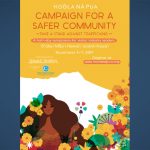