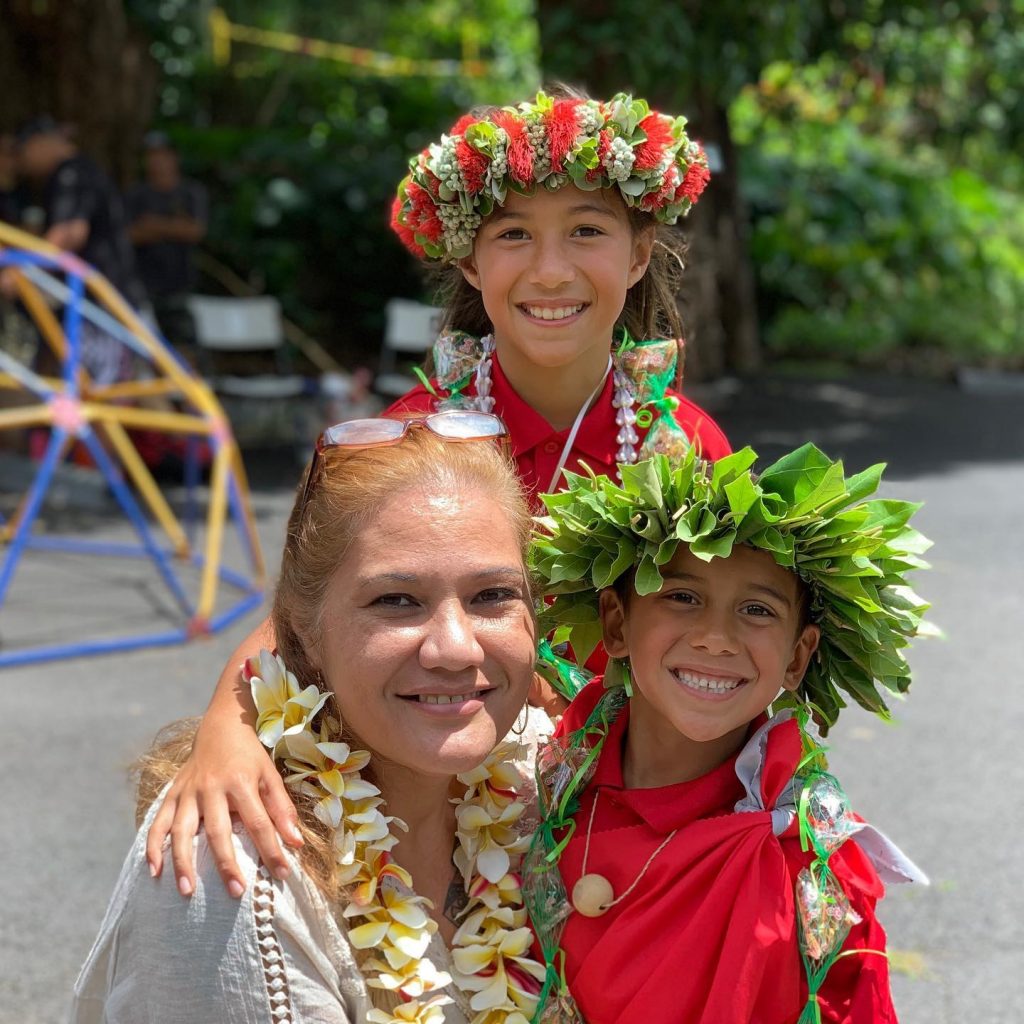 Prior to her current position, and as a Hawaiian language instructor since 1992, she has developed a community adult education program at Ke Kula ‘o Pi’ilani called ‘Ka Piko Kaiao.’ This program aims to strengthen and celebrate Hawaiian cultural identity through the study of Hawaiian language, history, traditions and values.

As a Community Program Organizer and Hawaiian Cultural Advisor, she has worked on the Native Hawaiian Resilient Communities Initiative & Makaʻala Project Waiehu.

Her musical talents add to her impressive resume: as a backup singer for Keali’i Reichel, a musician with Ahumanu, Hawaiian chanter and Haku Mele music composer, are just a few of her accomplishments to date. 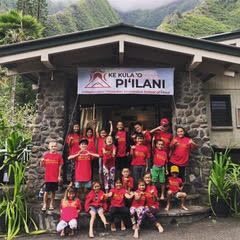 Guerrero holds a Bachelor of Arts degree in Hawaiian History, a Minor in Hawaiian Culture & Hawaiian Language from the University of Hawaiʻi, Hilo and is a current student attaining her Master of Arts in World History with a Hawaiʻi Focus, set to graduate in 2020.

As a Kumu Hula (2014 ʻUniki from Unukupukupu), she says, “Hula has shaped my focus on life and the way that I see my world today. Traveling with Unukupukupu to Tahiti, Aotearoa, Japan, Bali, Korea, and across America was an amazing experience and has opened up my world view and has shown me that our Hawaiian culture is alive in even the most remote places.”

Māhie Atay is the school’s new Kumu Kākoʻo (Teacher’s Assistant).  She accepted her position in August 2019.

Atay holds a Bachelor of Arts degree in Hawaiian Studies, with a concentration in Mālama ʻĀina from the University of Hawaiʻi, Mānoa, where she was a scholar athlete on the women’s soccer team. She has studied cooperative living, cooperative education and sustainable agriculture in Mondragon, Spain in 2015 and has worked in conservation and restoration with ʻAuwahi Forest Restoration Project.

As a Founding Member of the Hawaiʻi Farmers Union United, Mauna Kahalawai Chapter, Atay has also obtained a Farming Apprentice Mentorship Program Certificate there, as well as a Korean Natural Farming Certification. A former school garden teacher at Pōmaikaʻi Elementary School and youth soccer coach are also a few of her more recent contributions to Maui’s keiki.

In addition to the above mentioned staff, a diverse Board of Directors (Hui Hoʻokahua ʻo Piʻilani), consists of eight members and two representatives, two of which were the original families who began with the school’s opening, four years ago. 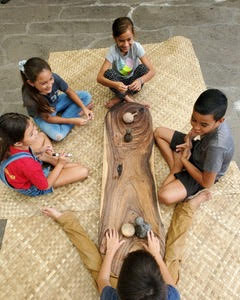 Lyndon Honda, owner of Laulima Events and Catering, provides private chef services and culinary experiences for some of Maui’s successful restaurants. He also spearheads culinary operations for Sheraton Maui Resort & Spa as the resort’s executive chef and has participated in a number of cooking competitions and festivals, while serving on the culinary advisory board for Maui Culinary Academy.

Kūlia Pahia is a hula practitioner who works at Kamehameha Schools Preschool and has worked in early education for nearly 30 years.

The school’s current program supports 20 keiki in grades kindergarten through grade 4, with the hope to accommodate twice that number of students in the coming years.  It provides an additional Hawaiian language immersion education option for Mauiʻs elementary-aged students.

“As a small, fairly new and independent private school working towards Hawaiian language medium education, there have been great challenges as we break ground on unchartered territory, but we are flourishing with the support and aloha of our community members and our partnering organizations,” said Kahu Kekai Robinson, “and in appreciation, we hope to support and contribute to our community in return.”

A recent First Nationʻs Grant Award for Piʻilaniʻs Hānai ʻAi Program, has also provided the students and their families with a continuing opportunity to help retain the spiritual and physical connection between Native Hawaiians and kalo through a series of family based workshops, which will give participants the skills, knowledge and tools to grow kalo and prepare poi.

“Our goal is to ensure our students can be successful in anything they choose to be in the future because of the solid and well-rounded Hawaiian culture and language foundation that connects them to each other and to these lands,” says Kahu Kekai Robinson. “Wailuku has historically been a hub for literacy and education, and we’re doing our small part to honor and continue that here in the heart of ʻĪao Valley.  Our students are privileged to dwell in this ʻāina and learn from this environment.  As an independent institution, we have the unique opportunity to design education in a way that acknowledges the values of our land and its people for the betterment of the community at large.”