The County of Maui Department of Transportation unveiled its first 100% electric bus during a ceremony last week.

The K9MC 40-foot Zero Emission Bus (ZEB) can be found on routes in Kahului, Wailuku and Kīhei until late December 2019. The unveiling is a pilot partnership between the County’s Transportation Department and Build Your Dream (BYD).

“We are very excited to start this partnership with BYD to show our community that the department is striving to be the first island to integrate zero emission buses into its fleet,” Deputy Director Michael Du Pont said.

The officials recently returned from a 12-day trip with Du Pont to conferences in Indianapolis and California that focused on ZEB purchasing, implantation and infrastructure. The team also visited several California transit agencies that currently have ZEBs in their active fleet. 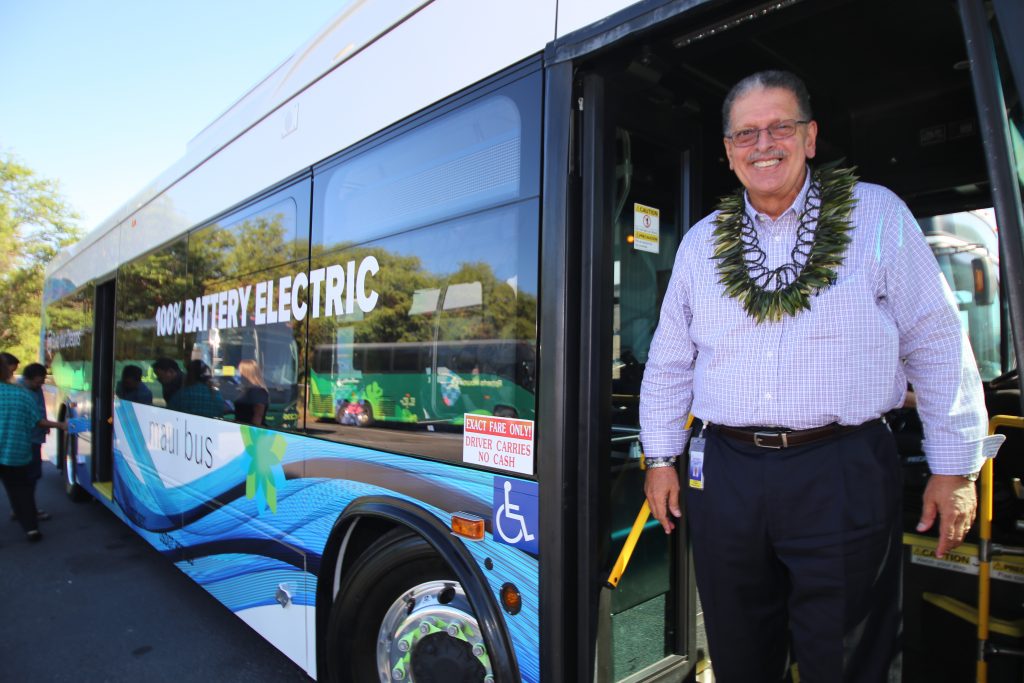 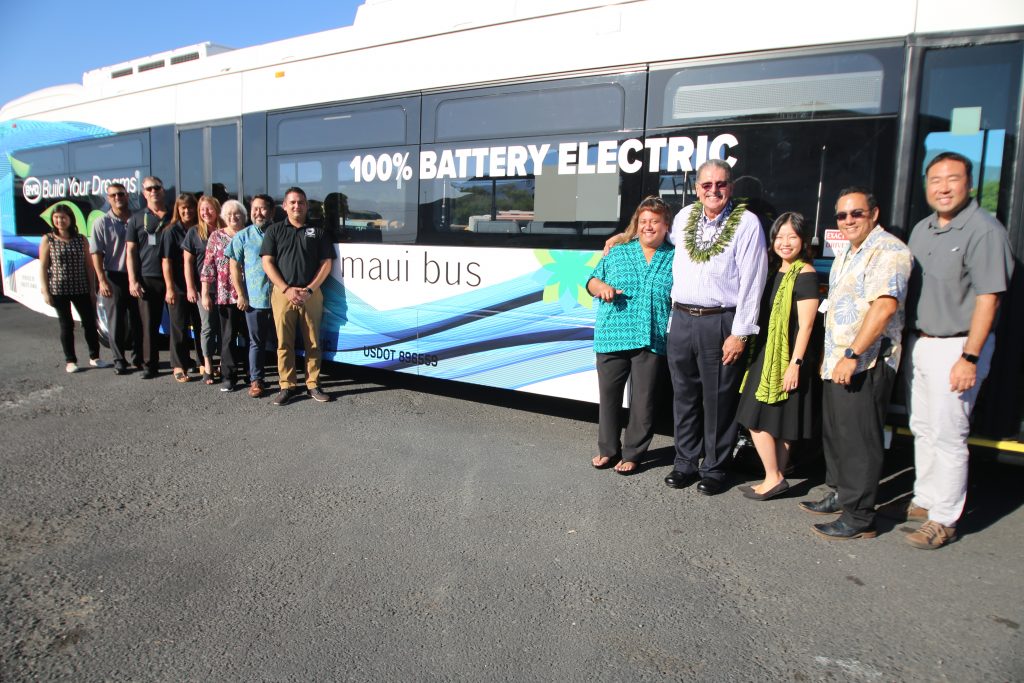 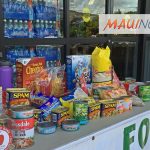 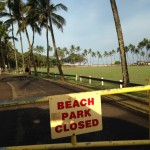