Maui’s Kurt Suzuki is still on an emotional high from Wednesday’s World Series win.  The Baldwin High School graduate took a moment to catch up with Maui fans via Kanoa Leahey’s “Lets Talk Sports” program on ESPN Maui 900 AM.

The Washington Nationals defeated the Houston Astros 6-2 in Game Seven of the World Series, earning the franchise its first-ever title.  Suzuki becomes Maui’s second World Series champion since Shane Victorino in 2013, and the seventh for the state of Hawai’i. 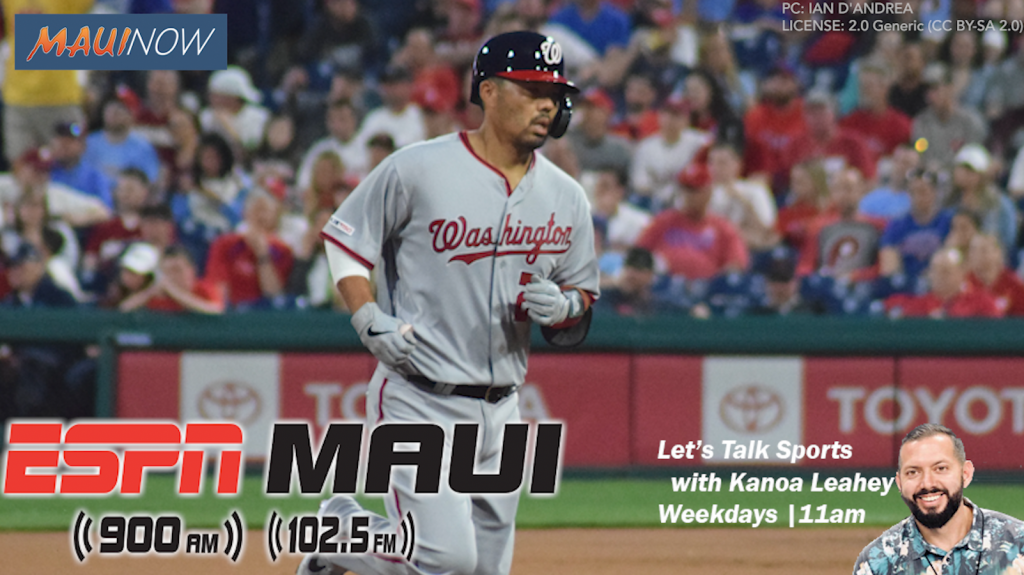