An 11-year-old boy died following what police described as a “miscellaneous accident” reported earlier this month in West Maui.

Police say John Mihall passed away on Nov. 15, 2019 at the Kapi‘olani Children’s Medical Center on O‘ahu as a result of an accidental hanging on the Maui Preparatory Academy campus.

According to police reports, Mihall was found unresponsive at the school’s campus in Nāpili at around 8 p.m. on Thursday, Nov. 7, 2019. 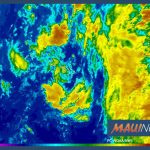 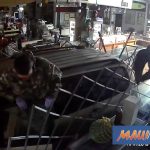