Landowners Jonathan Starr and Helen Nielsen are hoping a new hotel will revitalize the streets of Wailuku. Others, however, fear it could gentrify one the islandʻs last untouched towns.

“Weʻre looking, first of all, to bring back a piece of Wailukuʻs history,” Starr asserted while describing the vision for his proposed “Kamaʻaina Business Hotel.”

The inn would sit on several parcels he and Nielsen own off the corner of Main and Market Streets.

Starr recalls a Wailuku that was booming with business when he first moved to Maui in 1969.

But the former county planning commissioner hopes to change that by restoring what he calls the townʻs century-long history of thriving hotels.

Starr also claims the hotel would cater specifically to locals and families traveling for business and special occasions.

“I know it will be a lot, lot less than resort prices,” Starr promised.

Oxenford has lived in Wailuku her entire life and works at a coffee shop three doors down from where the hotelʻs entrance would be situated.

“It shouldnʻt happen. Just keep it the way it is, it flows just fine,” Oxenford said.

On Friday, the Maui Redevelopment Agency met to discuss updates to building requirements for downtown Wailuku.

One of their proposals–raise the height limit from 4 to 6 stories–an idea many have opposed.

The agency decided to defer any changes until they gather more feedback from the community.

However, Starr said he would apply for a variance to exempt the project from the current height rule.

“There are many taller buildings…six feet isnʻt going to block much of the views when youʻre standing on the ground,” Starr said.

But the buildingʻs size is not the biggest concern for Oxenford–and many others.

“Thereʻs plenty hotels, like Maui Beach is right down the street. Thereʻs too many already,” Oxenford insisted.

Others, like Farmacy Health Bar owner Christopher Malik, are not as outrightly opposed to the project.

“I think thereʻs good and bad to it,” Malik said.

“As a business owner, thereʻs probably some upside like it will probably make us busier.”

And that is what Starr is hoping for.

“This will really help activate the town and create jobs and create a climate where the town is functional again,” Starr added.

Starr says an environmental assessment for the hotel should be finalized within the next two months.

The public will then be offered opportunities to provide input. 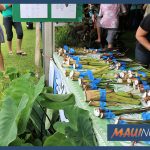 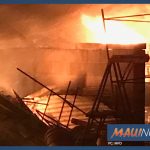