Monsanto Company has agreed to plead guilty to illegally using a banned pesticide known as Penncap-M on research crops at one of its facilities on Maui, according to the Department of Justice.

Justice officials say Monsanto agreed to plead guilty to a misdemeanor offense of “unlawfully spraying a banned pesticide – specifically methyl parathion, the active ingredient in Penncap-M” –which the company used on corn seed and research crops at its Valley Farm facility in Kīhei in 2014.  The information was contained in court documents filed today in US District Court in Honolulu.

According to the Department of Justice, Monsanto admitted in the court documents that it used Penncap-M, even though the company knew its use was prohibited after 2013 pursuant to a “cancellation order” issued by the Environmental Protection Agency.

The company further reportedly admitted that, after the 2014 spraying, it told employees to re-enter the sprayed fields seven days later – even though Monsanto knew that workers should have been prohibited from entering the area for 31 days.

Pursuant to the agreement, Monsanto will pay $10 million – a $6 million criminal fine and $4 million in community service payments to Hawaiian government entities. The government agreed to dismiss the felony charges in two years if Monsanto abides by the agreement, which includes paying a total of $10.2 million, successfully completing a two-year period of compliance with the agreement’s terms, and maintaining a comprehensive environmental compliance program at all of its facilities in Hawaiʻi to ensure compliance with all federal environmental laws.

Monsanto Company also provided a statement announcing the agreement saying, “Monsanto Company did not live up to its own standards or the applicable laws. Monsanto Company is not aware of any reported human health or environmental impacts as a result of these incidents.”

Darren Wallis, Bayer Vice President of Communications, North America said, “The health and safety of our community, employees and environment have always been our number one priority. As stewards of the land, it is our responsibility to use agriculture products safely and to manage our waste correctly. We take this very seriously and accept full responsibility for our actions. We have taken steps to improve internal processes and implemented additional training. We did not live up to our own standards or the law. We have acknowledged this as part of our agreements with the Department of Justice, which are pending in federal district court. We accept responsibility and are deeply sorry.”

“The illegal conduct in this case posed a threat to the environment, surrounding communities and Monsanto workers,” said United States Attorney Nick Hanna. “Federal laws and regulations impose a clear duty on every user of regulated and dangerous chemicals to ensure the products are safely stored, transported and used.”

In a statement of facts filed in court today, Justice officials say Monsanto admitted that it knowingly used, transported and stored Penncap-M in violation of federal law. The pesticide “had to be managed as an acute hazardous waste in compliance with the Resource Conservation and Recovery Act (RCRA),” which prohibited the storage or transportation of the pesticide without a permit after 2013.

From March 2013 through August 2014, even though the pesticide was on the company’s lists of chemicals that needed disposal, Monsanto stored 160 pounds of Penncap-M hazardous waste at its Molokaʻi facility, which under RCRA made Monsanto a “Large Quantity Generator” of hazardous waste.

In addition to spraying the banned pesticide at one of its three facilities on Maui, Monsanto also stored a total of 111 gallons of Penncap-M at Valley Farm and sites known as Maalaea and Piilani. Just like on Molokaʻi, the storage of Penncap-M at the three Maui sites made Monsanto a “Large Quantity Generator” of acute hazardous waste at the three locations, according to court documents. Furthermore, when it transported Penncap-M to its Valley Farm site in 2014, the company violated federal law when it failed to use a proper shipping manifest to identify the hazardous material and when it failed to obtain a permit to accept hazardous waste at that site.

“To protect human health and the environment, pesticides must be properly applied and stored,” said Special Agent-in-Charge Jay M. Green of EPA’s criminal enforcement program in Hawaiʻi. “EPA will continue to work in close partnership with our state and local counterparts to bring cases against those who knowingly threaten the health and safety of Hawaiian communities.”

In addition to $6 million criminal fine, Monsanto has agreed to make a total of $4 million in community service payments. The five Hawaiian agencies that each will receive $800,000 are:

In relation to the criminal count Monsanto to which has agreed to plead guilty, the company has agreed to be on probation for two years and to pay the maximum possible fine of $200,000.

This case is the result of an investigation by the US Environmental Protection Agency, Criminal Investigation Division.

This matter is being prosecuted by Mark A. Williams and Dennis Mitchell, who are special attorneys appointed by the Attorney General pursuant to 28 USC § 515. The United States Attorney’s Office for the District of Hawaiʻi was recused from the investigation.

*This story has been updated to provide comments from Monsanto Company.

Scroll Down to Read 99 Comments 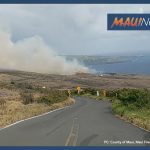 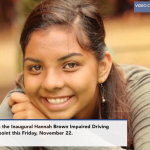