Hawaiian Telcom was honored by the world’s largest technical professionals organization – the Institute of Electrical and Electronics Engineers – at their global conference held in Kona last week.

This year Hawaiian Telcom enabled broadband service with speeds up to 940 megabits per second (Mbps) download and 300 Mbps upload to more than 2,000 locations primarily on Maui in Makawao, and on the Big Island in Glenwood, Kohala, Nā‘ālehu and Volcano. 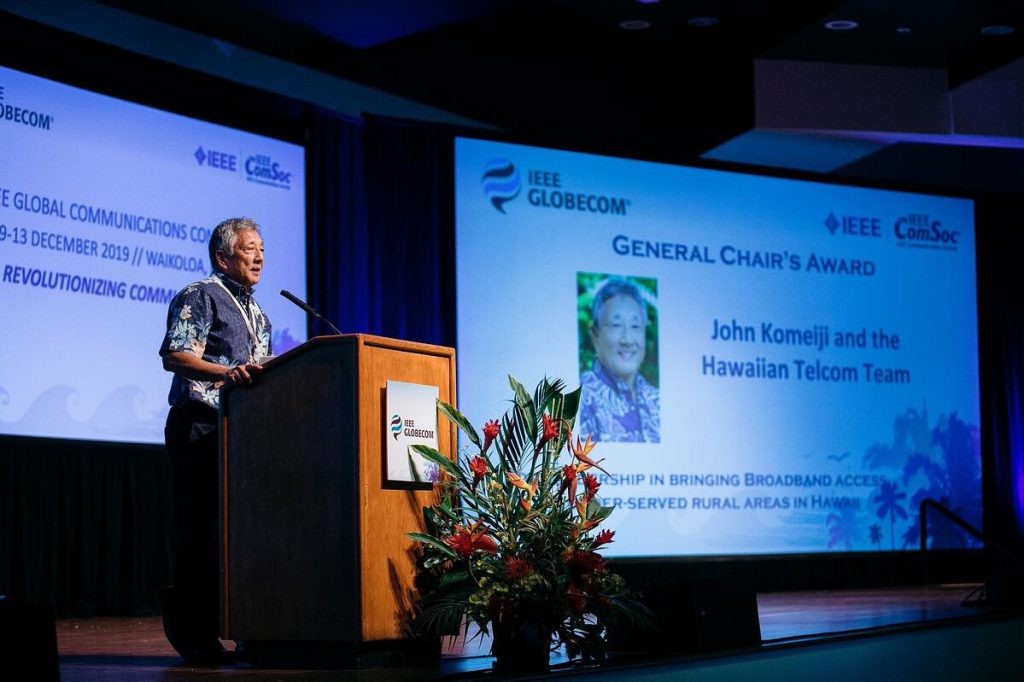 This speed increase is aligned with the Department of Commerce and Consumer Affairs’ July 2019 report on Fixed Wireline Broadband Speeds in Hawai‘i that highlights year-over-year speed increases in Hawai‘i.

Hawaiian Telcom’s rural broadband deployment is partially supported by the Connect America Fund, a Federal Communications Commission program aimed at expanding access to broadband services in rural areas that are unserved or underserved.

Over the past five years, Hawaiian Telcom has successfully deployed broadband to more than 10,000 homes and businesses in rural areas statewide. About 80% of this deployment is on the Big Island.