Two elderly residents were displaced by a morning house fire in Haʻikū.

The cause of the fire is under investigation and crews remain on scene for overhauling efforts.

Maui Fire Services Chief Rylan Yatsushiro said it appears that both the structure and contents were completely destroyed as a result of the fire. Dollar estimates on damage are not available at this time. 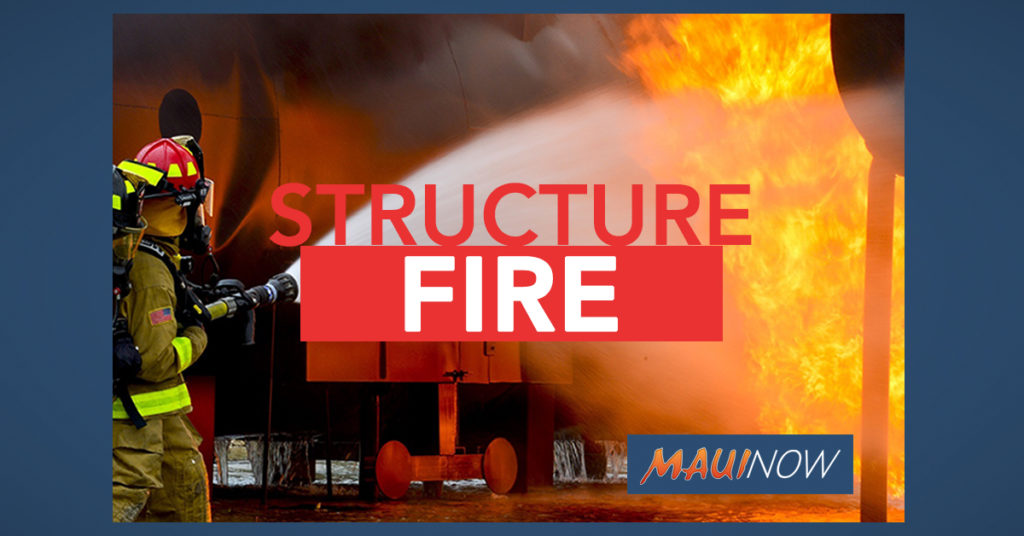