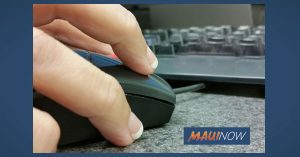 Legislation authored by US Sen. Brian Schatz (D-Hawai‘i) to fight online child exploitation was signed into law on Friday.

The new Schatz law will help the Pentagon stop the unacceptable use of the Defense Department’s (DoD) network to view, possess, trade, procure, and even produce child pornography.

“This law will give our military leaders the tools they need to get rid of child pornography on DoD’s network, go after offenders, and protect innocent and vulnerable children,” Schatz said in a press release.

In 2018, more than 45 million online images and videos of child sexual abuse material were reported to the National Center for Missing and Exploited Children. The DoD’s network ranked 19th out of 2,891 networks nationwide for peer-to-peer file trading of child pornography.

“Coupled with these troubling statistics is a lack of training and law enforcement tools for the DoD to take on child sexual exploitation,” the press release added.

Sen. Schatz and US Sen. Lisa Murkowski (R-Alaska) authored an op-ed in USA Today on the new law, which is available here.