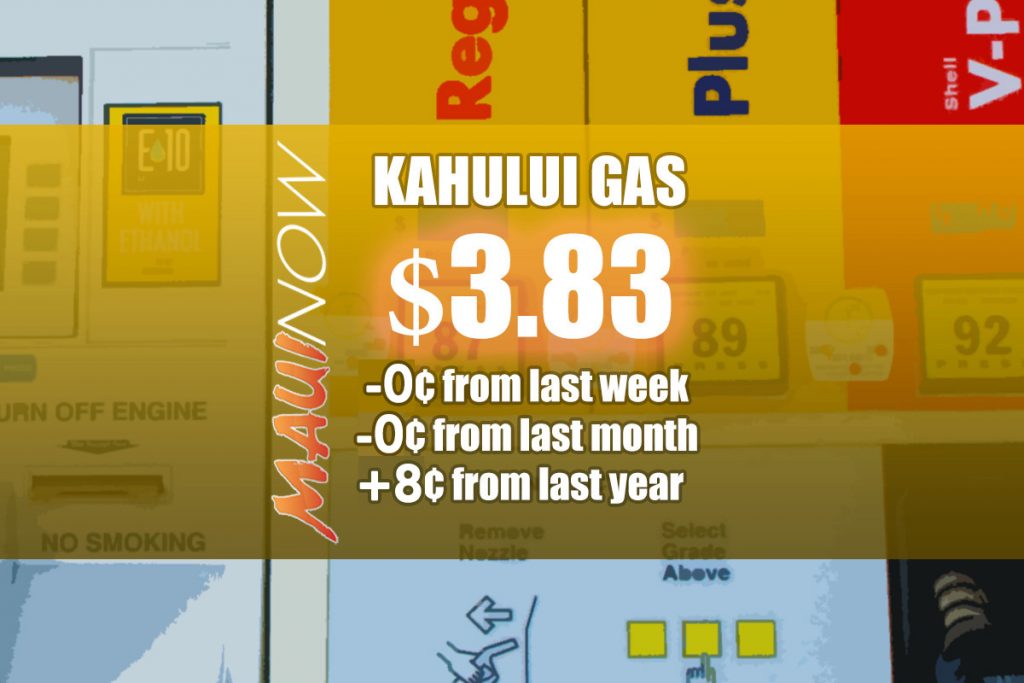 Hawaiʻi gas prices ended 2019 as they had spent most of the year – with very little movement in most areas, according to the AAA Hawaiʻi Weekend Gas Watch.

In Kahului on Maui, the average price today is $3.83, which is the same as last Thursday, also the same as a month ago and eight cents higher than on this date a year ago, according to GasPrices.AAA.com.

Today’s statewide average price is $3.66 a gallon, which is the same as last week, also unchanged from a month ago and 30 cents higher than on this date a year ago.

“For only the second time in 20 years, Hawaiʻi is not the state with the most expensive annual average gas price – California’s annual average price of $3.72 was 16 cents higher than Hawaiʻi’s average,” said Liane Sumida, AAA Hawaiʻi general manager.