RECAP: Round 2 of Sentry Tournament in Kapalua

Weather: Heavy morning showers turning to a mixture of clouds and sunshine in the afternoon. High of 79. Wind NE 20-30 mph, with gusts to 35 mph. 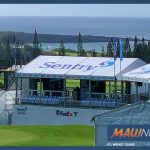 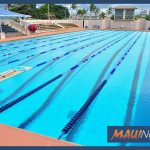