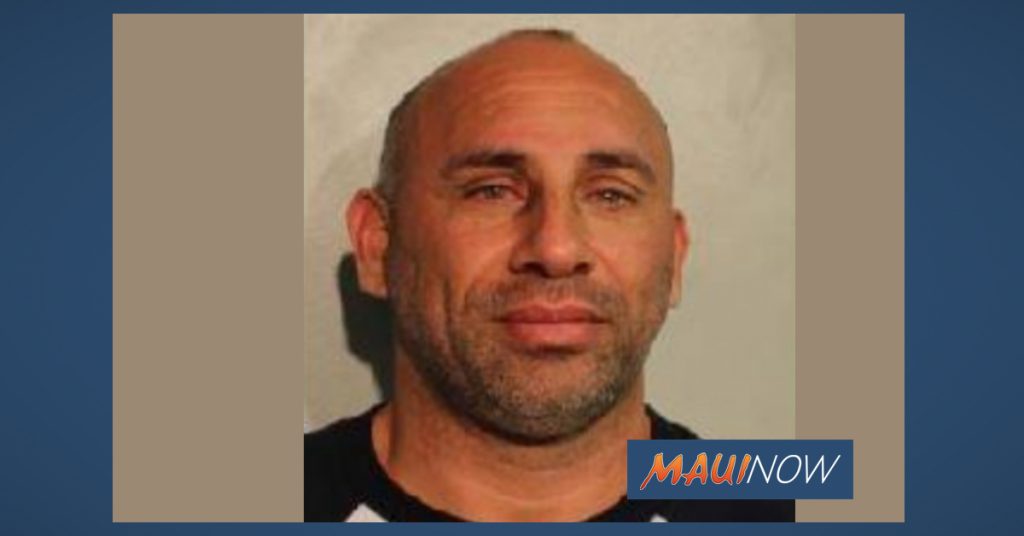 The Maui Police Department Traffic Division DUI Task Force made 12 arrests for impaired  driving and towed seven vehicles during an impaired driving enforcement effort over the Super Bowl weekend.  The enforcement effort, which ran from Friday, Jan. 31 to Sunday, Feb. 2, 2020, also included a felony arrest of a driver for Habitually Operating a Vehicle while Under the Influence.

Those vehicles that were not towed under the new county DUI tow ordinance were either disabled due to damages related to motor vehicle crashes, or there was a sober passenger able to legally drive the vehicle.

Among the arrests was 44-year-old Frank Kane Jr. of Lahaina. Police say the arrest came after a concerned citizen called the Maui Police Department Central Dispatch to report a vehicle operated by Kane “swerving all over the roadway, crossing into the oncoming lane and driving on the shoulder of the roadway while traveling southbound on Maui Veteran’s Highway.”

Kīhei Patrol Officers intercepted the vehicle and conducted a traffic stop. A DUI Task Force officer arrived on scene and took over the investigation.

Police say that through investigation, they determined that Kane had been operating his vehicle while under the influence of an intoxicating liquor.  “Further checks revealed Kane was found to be Habitually Operating a Vehicle while Under the Influence of an Intoxicant (OVUII), a Class C Felony offense punishable by up to five years in prison,” said Lt. William Hankins, Commander of the Maui Police Department’s Traffic Division.

Kane was arrested for Habitual OVUII and Driving after License Revoked for OVUII.  He is currently being held at the Wailuku Police Station in lieu of $6,000 bail. The vehicle operated by Kane at the time of the traffic stop was towed from the scene in accordance with the new Maui County tow ordinance.

Kane was scheduled to make an initial court appearance this afternoon.