The process to disembark passengers that have been held aboard the Grand Princess cruise ship, began at noon Pacific Time in Oakland, CA.

Hawaiʻi’s first of two presumptive positive COVID-19 case was announced on Friday and involved an Oʻahu resident who had been a passenger aboard the Grand Princess cruise ship that traveled to Mexico in February.

The patient identified on Friday, was on a voyage that started on Feb. 11 and concluded on Feb. 21, 2020.   The individual disembarked in Mexico and flew to Honolulu, where they became ill and sought medical care here. State officials say the individual remains at home under quarantine.

After concluding the Mexico cruise, that particular cruise ship later conducted a separate cruise that traveled within the Hawaiian Islands, stopping at four ports while here. To date, there have been 21 confirmed cases of COVID-19 (19 crew members and 2 passengers) on the Grand Princess cruise ship that made port calls to Nawiliwili Harbor, Kauaʻi on Feb. 26, Honolulu Harbor on Feb. 27, Lahaina, Maui on Feb. 28, and Hilo on Feb. 29.

A Public Information Officer for the California Governor’s Office of Emergency Services says none of the passengers who disembark will be released into the general public.  The effort will focus first on helping those individuals who require immediate emergency medical care, not necessarily related to COVID-19 exposure, according to Cal OES PIO Monica Vargas.

The next group will include 962 California residents who will be transferred to Travis Air Force Base or Marine Corps Air Station Miramar for testing and quarantine.  The next group, which will include non-Californians, will be transported by the federal government to facilities in other states, according to the Cal OES update.  The Washington Post reports that this will include shuttling passengers to military bases in California, Texas and Georgia for quarantine.

The Grand Princess crew, meantime, will be quarantined aboard the ship. If a crew member is in need of more acute medical care, they will be transferred to an appropriate medical facility in California, according to Vargas. The company advises that plans for a crew quarantine were still being determined as of yesterday.

To protect the public health and safety, Vargas says there will not be family reunification at the Port Site.

The Washington Post, which is broadcasting a live feed of the disembarking event, reports that there are more than 3,500 passengers and crew aboard the ship.

On Thursday, Princess Cruises announced that it is temporarily modifying its cancellation policy for cruises and cruise tours departing through May 31, 2020. “The cruise line is implementing this revised policy to assist guests making decisions regarding their upcoming cruise vacations during the evolving worldwide COVID-19 situation.  The details vary by departure date,” the company advised. 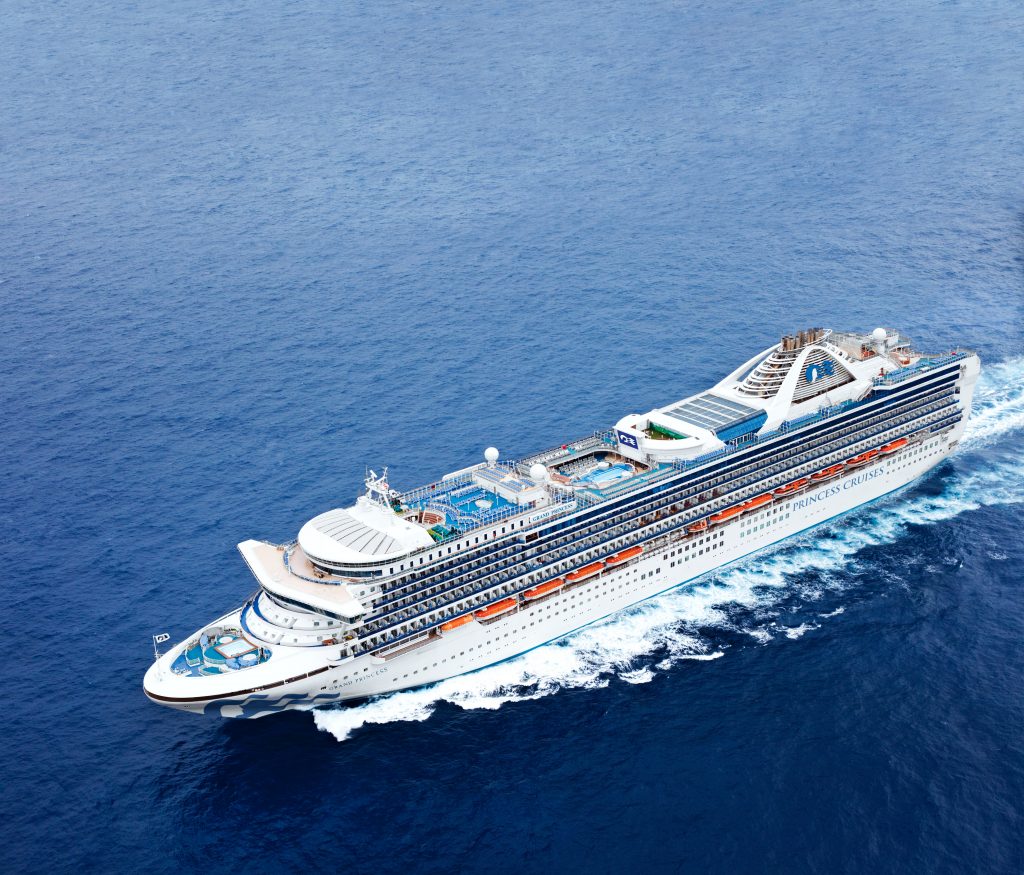