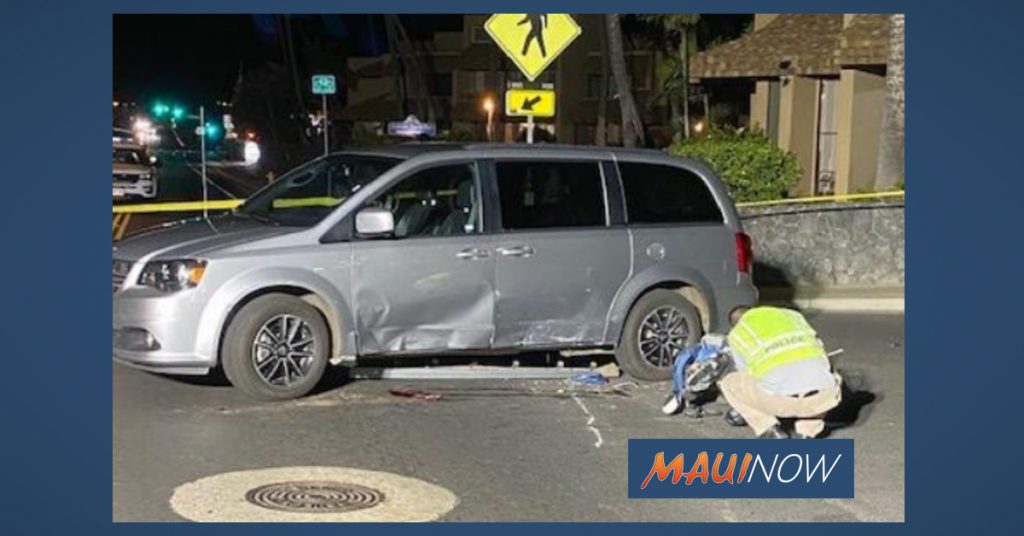 A moped operator is hospitalized following a near fatal crash on South Kīhei Road last night.

Police say the 27-year-old Kihei man operating the moped sustained life threatening injuries in the crash that was reported at 6:16 p.m. on Wednesday, March 11, 2020.

According to police reports, the man was traveling north on South Kīhei Road and was passing several vehicles on the right of stopped traffic.

The other vehicles had stopped due to pedestrians crossing at the marked lighted crosswalk.

The moped struck the driver’s side of a Dodge Caravan that was making a left turn from a private roadway onto South Kihei Road.

Police say a preliminary investigation reveals the Caravan had the right of way to execute the turn.

The driver of the van, a 68-year-old man from Vancouver British Columbia was using his seatbelt and was not injured in the crash.

The involvement of speed, drugs and alcohol has not been determined as the investigation is pending.

As of Thursday, morning, the crash was being classified as a near fatal; however so far this year, Maui has logged two fatal traffic collisions compared to seven at the same time last year.

The roadway was closed for several hours while police conducted an investigation at the crash site.