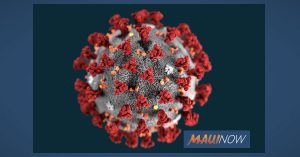 Below are highlights from Wednesday’s and Thursday’s meetings of the Senate Special Committee on COVID-19:

During the Thursday, April 9, meeting of the Special Committee, Scott Murakami, director of the Department of Labor and Industrial Relations (DLIR), was asked by committee members how unemployment claimants will receive the supplemental federal funds that will be paid out in response the economic hardships caused by the pandemic. Murakami responded that claimants will not need to take any action to receive the additional monies.

The Special Committee stressed the need to identify the additional staffing needs within the DLIR to address the large influx of claims in order to reduce the time of payouts. Murakami said he has requested 58 additional staff from the Department of Human Resources Development, who must all be trained before being deployed. (Director Ryker Wada reported to the committee the day before that those positions would begin to be filled through a new deployment process beginning Monday, April 13.)

Murakami also thanked the Senate Clerk’s office in helping produce a training manual made expressly for this purpose.

The Special Committee asked whether DLIR could adjust to work shifts around the clock if enough staff was redeployed to the department. Murakami replied that as long as they have enough permanent staff to manage and provide security, this would be possible in theory.

In discussions with those filing for unemployment, committee members noted that many had repeatedly attempted to log into the system but weren’t successful due to unclear instructions. They recommended that, during extended wait times, the DLIR provide a recorded message providing answers to frequently asked questions. Murakami replied that they are looking into that and how that could be worked within their system.

The Honorable Daniel Foley (Ret.) then spoke of details in his preliminary report to the Hawaii Supreme Court in regards of the possible release of those incarcerated because of the pandemic.

The Special Master Report is a public document and describes the facilities, population, and configurations on each island, made up of information received from the Attorney General, prosecutors, public defenders, and health professionals.

Both prosecutors and the Attorney General expressed their concern about the process for releasing inmates, in order to ensure that they have a place to go upon release and that they can be monitored.

The system is working to reduce the number of potential inmates who enter correctional facilities, but also to make sure that these people are not a danger to the public. Prosecutors will have the opportunity to give notice to the public, including victims of any given inmate, regarding the possibility of release.

Nolan Espinda, Director of the Department of Public Safety, reported that the prison population has been reduced by 548 from March 2 to April 9 of this year. The reduction was due to the actions of the police department, prosecuting attorneys and judges. Eleven inmates were impacted by the court’s mandate that those serving intermittent sentences (weekend incarceration) be released.

A total of 94 inmates are currently being held at the Federal Detention Center, with an additional 100 to be transferred out of Oahu Community Correctional Facility on Monday, April 13.

The Special Committee indicated that a recent judge report cited hygiene and social distancing as reason for the transfer. Espinda responded that he was unaware of the report, but noted that the system is taking precautions possible for social distancing and treatment in line with Centers for Disease Control (CDC) guidance, adding that correctional facilities, however, are not built to encourage effective social distancing.

He said that, to date, two inmates have been tested for COVID-19, and both were negative. No positive cases have been found within the prison population.

Espinda also reported that prison industries have begun making masks for distribution to the general public, and that they will produce 700-1,200 masks per week.

The Governor’s Coordinator on Homelessness Scott Morishige also reported to the committee on Thursday.When questioned about the quarantining and isolating of those who test positive for the novel coronavirus after being released from hospitals, Morishige indicated that his team is currently working with the shelter system to verify space is available, and to utilize contract outreach providers to followup with homeless individuals.

On Wednesday, April 8, Lieutenant Governor Josh Green reported to the Special Committee. One of the things he mentioned concerning testing, that while the State has 15 Abbot Rapid testers (those that can do 5-minute tests with a 13-minute confirmation) on hand, it was only receiving 120 test kits per week.

Committee members asked Lt. Gov. Green if the State was taking steps to follow federal/CDC guidance to test only those symptomatic, as well as the need to re-test those with negative results, and the Lieutenant Governor replied that they have not. The Special Committee urged the need for contact tracing testing.

Committee members then asked Ryker Wada, Director of the Department of Human Resources Development about whether the department was looking into possible early retirement plans for some non-essential workers. He replied that the State is reviewing the option of offering such plans for those eligible or nearly eligible for retirement. One possible issue is that the high cost of payouts due to unused paid leave and mass vacancies will mean that those positions will not be filled immediately when the State reopens for normal business.

With people still flying to the islands from abroad despite the dangers of the pandemic, the Special Committee expressed frustration to Adjutant General Kenneth Hara, Incident Commander from the Hawaii Emergency Management Agency (HIEMA), that this allowance comes as residents are implored to stay at home. When MG Hara expressed some reservations around the unintended consequences of stopping non-essential travel, the committee requested that those consequences be identified and communicated to the public.

The Special Committee believes that the supplemental order must be changed to require a minimum 14-day quarantine location, and that it is aware of the current quarantine period and that visitors should comply. Rapid testing could then be used at the end of the quarantine period to ensure visitors’ health and safety.

The Special Committee advised MG Hara that there may be extra State employees that could help with the tracking of visitors on a regular basis after the high priority needs of the DLIR have been met.

In a similar vein, the Special Committee inquired about travelers coming in to stay with family. MG Hara acknowledged that it may be a gap in their process.

He also said that HIEMA is watching and tracking why people are still traveling inter-island.

Concerning the upcoming RIMPAC exercises, MG Hara reported that HIEMA is working with INDOPACOM authorities on how to engage in the biennial exercises without risking the health of the people of Hawai‘i.

Continuing in the idea of using State workers currently at home and drawing a paycheck, the Special Committee said those workers could be used in case there’s a surge in the current number of COVID-19 cases if and when the Department of Health needs additional resources and personnel to keep up with tracing and testing needs. 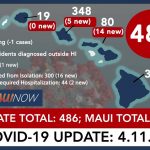 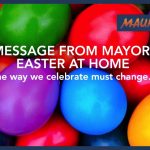