51 Out-of-State Passengers Arrive by Air on Maui, Including 14 Visitors 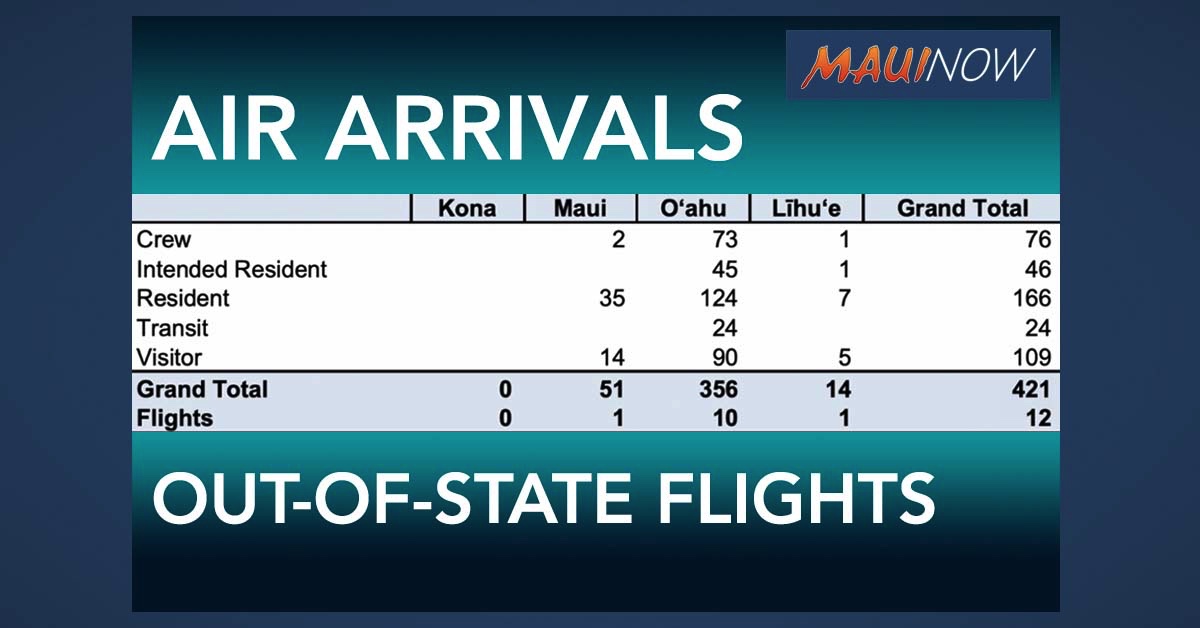 Today marks one month since the state’s mandatory 14-day self-quarantine started for all passengers arriving in Hawaiʻi from out of state.

On Wednesday, April 22, 421 people arrived in Hawaiʻi including 109 visitors and 166 residents, according to new data provided by the Hawaiʻi Tourism Authority.

On Maui, 51 people arrived on a single flight including 35 residents, 14 visitors and two crew members.

During this same time last year, nearly 30,000 passengers arrived in Hawaii daily, including residents and visitors.

DBEDT is reporting the following interisland passenger numbers for Hawai‘i airports for April 20,
2020.

Of the 228 interisland passengers that arrived at Kahului Airport on Maui, 206 were from O‘ahu, 14 were from Moloka‘i, 6 were from Waimea and 2 were from Kona.