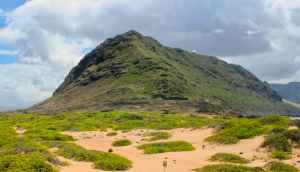 National Heritage Areas are locations throughout our country designated by Congress to recognize unique cultural and historic sites found nowhere else in the world.

Though not part of the National Park System or otherwise federally owned or managed, the US government through the National Park Service, funds and participates in partnerships with state and local
governments and communities to foster coordinated conservation, recreation, education and preservation efforts. From designation of the first National Heritage Area in 1984, there are now 55 nationally, but none in Hawaiʻi.

“The State of Hawaiʻi’s Department of Land and Natural Resources (DLNR) has already created a management plan for the Ka‘ena Point Stewardship Area to protect one of the last few remaining and easily accessible wilderness areas on O‘ahu.”

“However, DLNR does not have the resources to fully implement the plan” continued Rep. Case.

“Creating a National Heritage Area could bring significant federal dollars – with a state or local match – to help augment this plan and develop cultural programs, protect historic sites and improve natural resource conservation. It would also build on already-existing public-private partnerships which is specifically what our National Heritage Areas aim to create and sustain.”

“In addition to its natural beauty, Kaʻena is a wahi pana (significant site), a rare cultural landscape with deep significance and meaning to many people,” said Rep. Gabbard. “We must work with the community to study the potential for a historic National Heritage Area designation that will help bring the federal resources and protection we need to mālama this special place for generations to come.”

Remote Kaʻena Point is the site of the last intact sand dune ecosystem in Hawaiʻi and is said to be named after a sibling of the Hawaiian goddess Pele. Kaʻena Point also includes a leina ka ‘uhane, an important recognized cultural site that, according to some Hawaiian traditions, is where the souls of the deceased leapt into the next plane of existence. Ka‘ena is also home to various protected species including laysan albatrosses, wedge-tailed shearwaters, monk seals and fragile native plants. Migrating whales can also be seen in the area during the winter months.