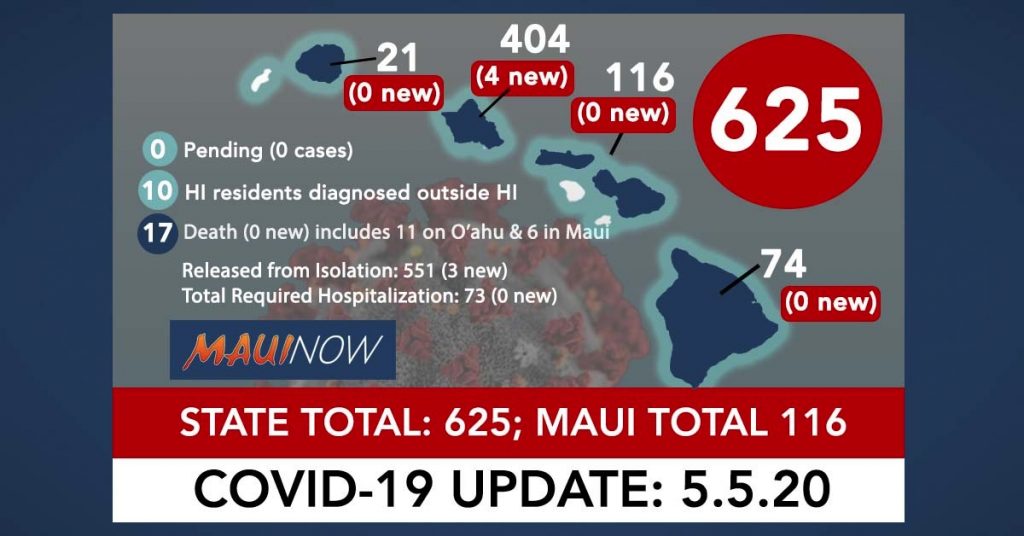 To date, 551 people have recovered including 92 in Maui County.

*As a result of data cleaning, one case previously categorized as Hawaiʻi County was re-categorized to Honolulu County (Oʻahu).

The Hawaiʻi State Department of Health reports that there were 551 individuals released from isolation; and 73 cases that have required hospitalization.

Maui County’s count remain unchanged from yesterday. Of the 116 cases in Maui County, at least 92 have been released from isolation, and 17 have required hospitalization.

On Tuesday, May 5, Governor David Ige unveiled details of his 7th Supplemental Proclamation, that allows for the next phase includes the reopening to include: non-food agriculture such as landscaping, floral and ornamental; astronomical observatories and support facilities; car washes; pet grooming services; healthcare and social assistance including elective surgery and non emergent services; some nonprofits; retail businesses including apparel and electronics; certain shopping malls; and wholesale and warehousing operations.  These businesses outlined in the proclamation may reopen under guidelines as of Thursday, May 7 at 12:01 a.m. 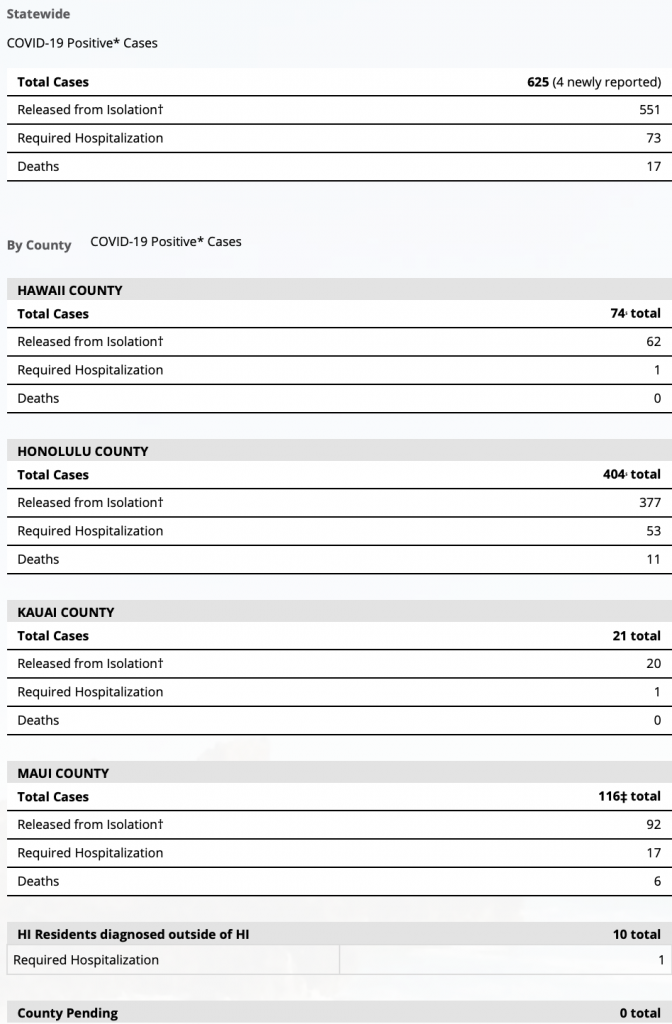 *As a result of data cleaning, one case previously categorized as Hawaii County was re-categorized to Honolulu County. †One case is a Lānaʻi resident who’s exposure is on Maui Island and who will be remaining on Maui Island for the interim. ‡Includes Hawaiʻi residents hospitalized out of state. Positive cases includes presumptive and confirmed cases, data are preliminary and subject to change; includes Hawaiʻi residents and non-residents. Note that CDC provides case counts according to states of residence.