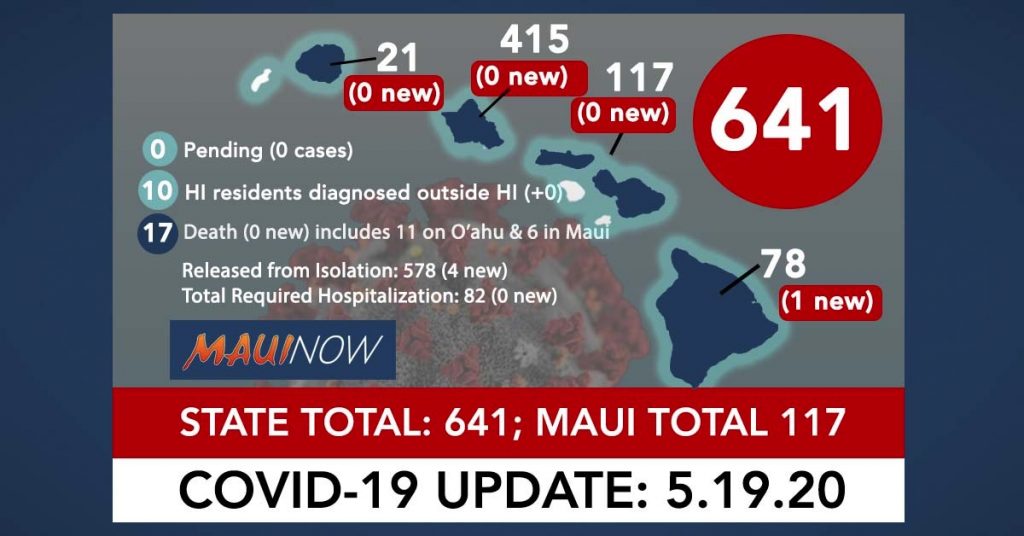 To date, 578 people (92.6%) have recovered including 97 in Maui County.  There are currently 46 active cases in the state. Investigators are attempting to determine if this case has any potential links for previous cases. The outbreak at Maui Memorial Medical Center in Kahului is now considered closed; however one COVID-19 patient remains at the Maui hospital.

The Hawaiʻi State Department of Health reports that there were 578 individuals released from isolation; and 82 cases (13%) that have required hospitalization. A total of 581 patients (91%) were residents.

Maui County’s count remains unchanged from yesterday. Of the 117 cases in Maui County, at least 97 have been released from isolation, and 22 have required hospitalization.

As of today, there were more than 41,205 individuals tested by clinical and state laboratories.  Of that number, 40,541 were returned negative. In Maui County, a total of 8,359 tests were returned negative to date. *(Note: The state Department of Health reports that a technical error in the ELR reporting resulted in over-counting of some tests over the past week. The issue has been corrected). 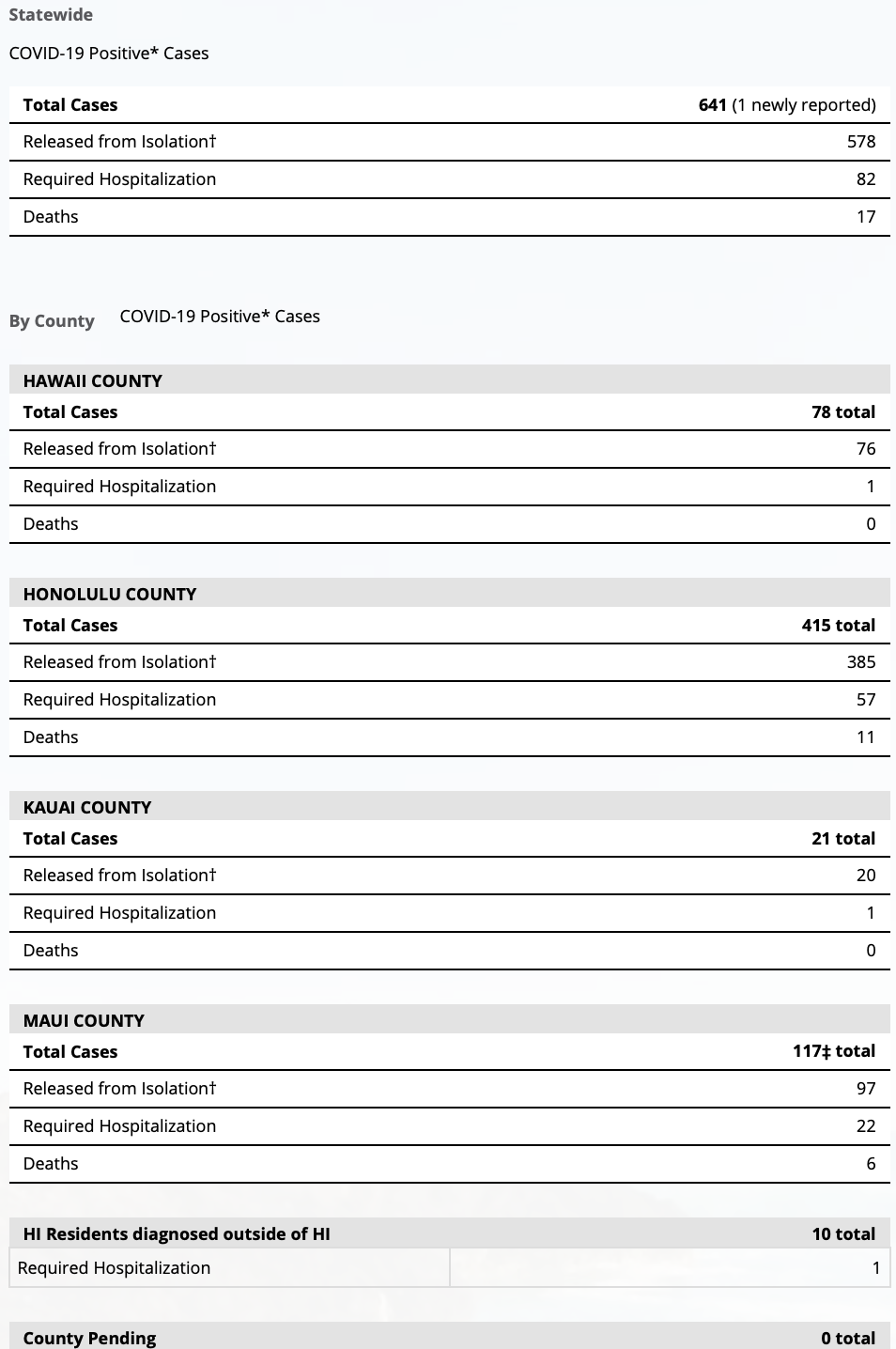 According to Dallarda, the cluster of individuals linked to the Maui Health outbreak totaled 52 including 38 health care workers and 14 patients who had tested positive.  This includes 2 travel related and two community acquired cases in workers.

The state Department of Health had been investigating up to 60 COVID-19 positive cases as potentially associated with the cluster at the end of April.