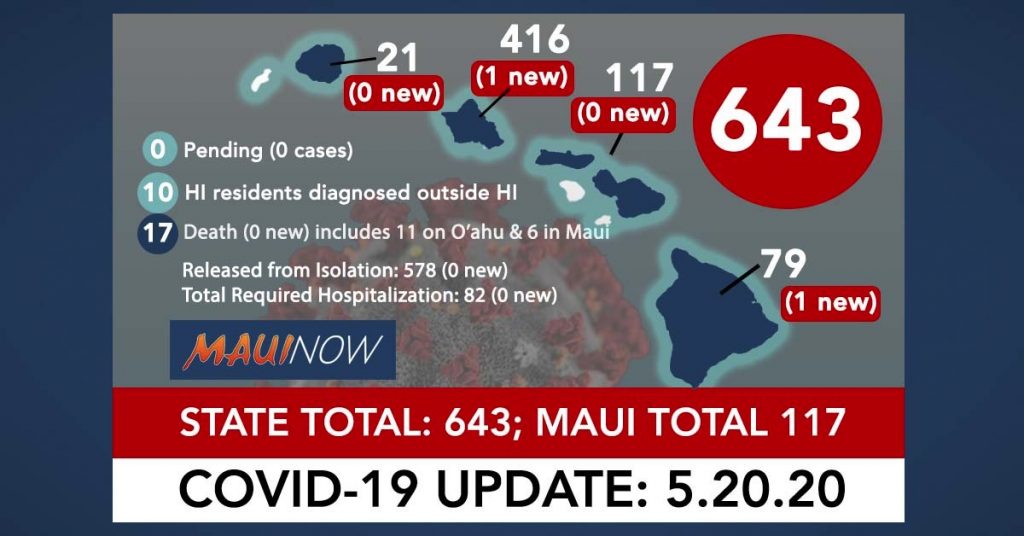 The Hawaiʻi State Department of Health reports that there were 578 individuals released from isolation; and 82 cases (13%) that have required hospitalization. A total of 581 patients (91%) were residents.

Maui County’s count remains unchanged from yesterday. Of the 117 cases in Maui County, at least 97 have been released from isolation, and 22 have required hospitalization.

As of today, there were more than 42,024 (+819) individuals tested by clinical and state laboratories.  In Maui County, an estimated 8,434 tests were returned negative to date.  There were 75 test results returned on Maui since yesterday.

To date, there have been 17 COVID-19 related deaths in Hawaiʻi, including 11 on Oʻahu and 6 in Maui County. Lieutenant Governor Josh Green notes that Hawaiʻi has the lowest mortality rate in the US at 1.2% per 100,000. 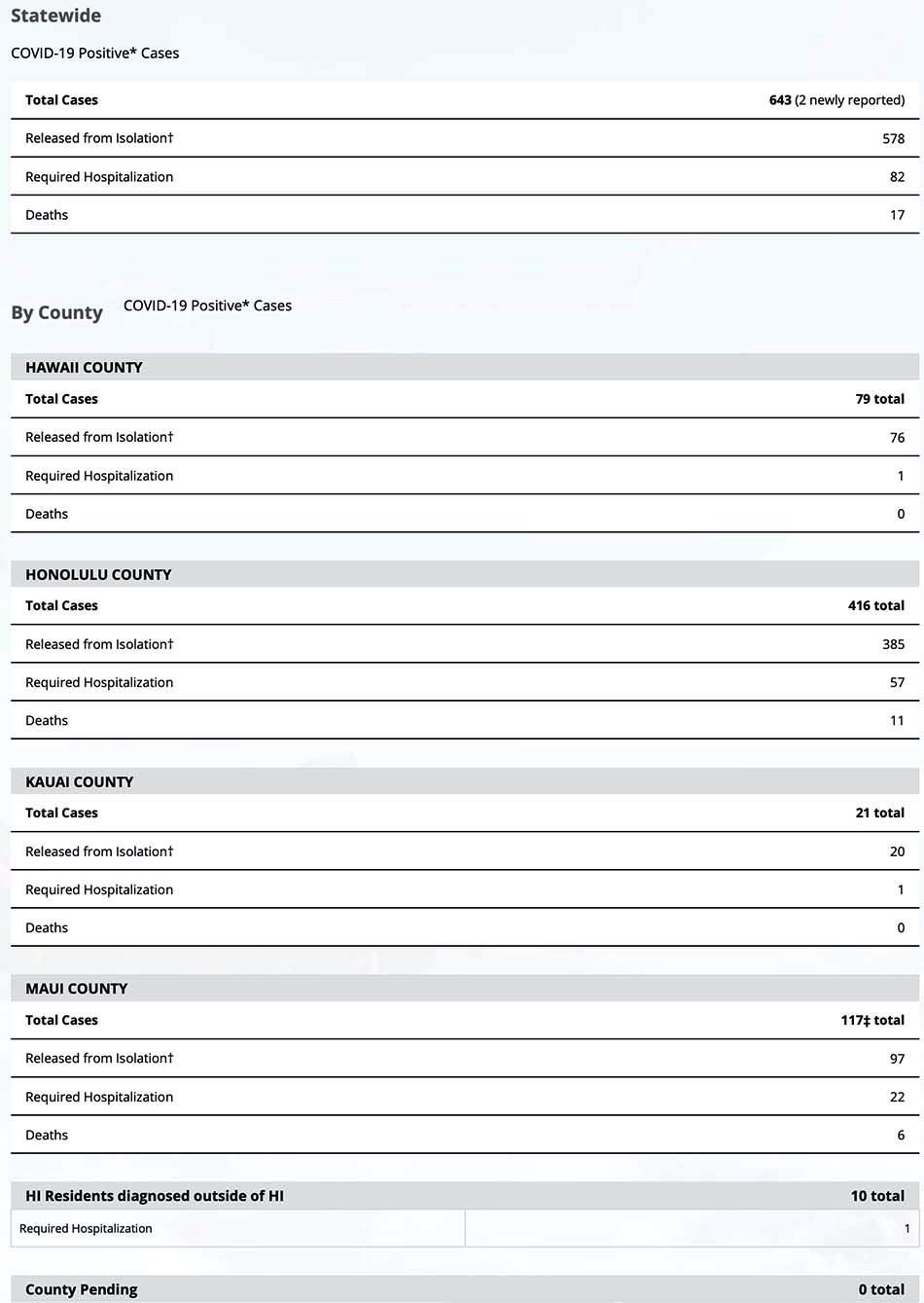