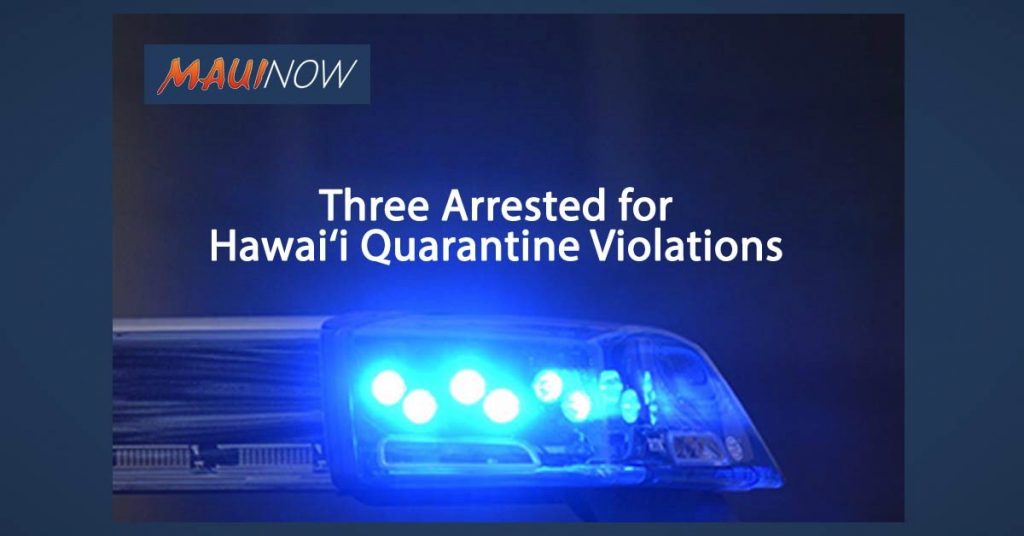 Three people were arrested in Waikīkī for violating Hawaiʻi’s 14-day quarantine for individuals arriving from out-of-state.

A-48-year old, Waikīkī area woman was arrested this morning by Special Agents from the Investigation Division of the Department of the Attorney General on quarantine violation charges.

An investigation showed that Patricia L. Pian returned to Honolulu from San Diego on May 31. Witnesses reported seeing her swimming in the ocean a few hours after her return, according to the state’s COVID-19 Joint Information Center. State officials say she was also seen sunbathing with her husband and walking their dog.

Pian was arrested in the hallway of her condominium building and charged with violating the 14-day mandatory traveler quarantine. She is the first returning resident to be arrested by the AG’s investigators and her bail was set at $2,000.

On Monday, a 20-year-old man from South Korea and a 48-year old Virginia woman were arrested by Special Agents on quarantine charges.

Jin Wook Lee and Kady C. Swartz were taken into custody at a Waikīkī hotel. An investigation showed Lee arrived in Honolulu on May 20 and falsified his place-of-stay. It was discovered he was staying at the hotel with Swartz and her daughter.

Attorney General Clare Connors said, “As we reopen our economy, it is important that everyone follow the practices and policies in place to keep our community safe. The travel quarantine is an important part of our state’s success in reducing the spread of the disease, and both residents and travelers alike should take care to follow these rules and practices.”