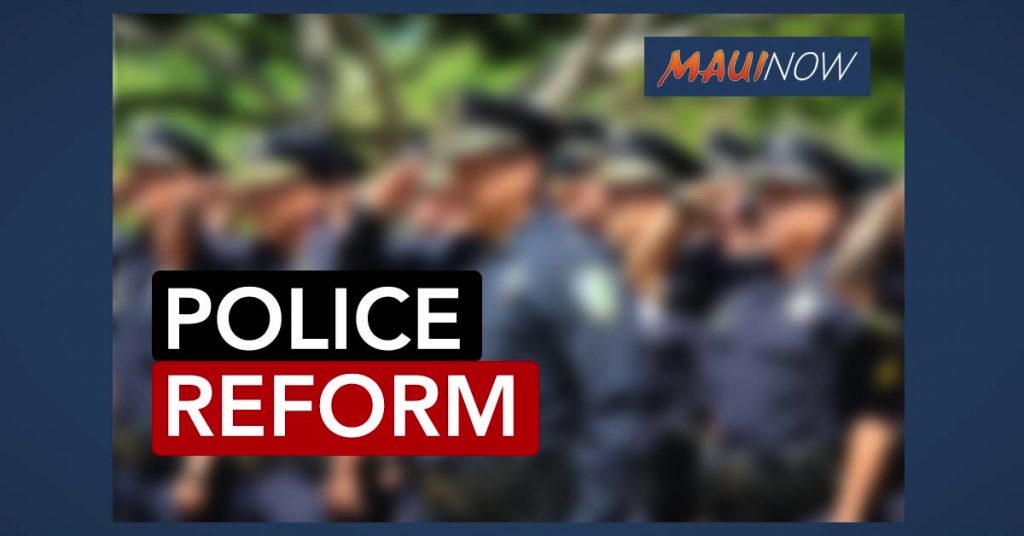 This is aimed at creating accountability and tracking misconduct.   Under the Order, incentives include certain grant funding for law enforcement agencies that meet high standards.

Meantime, US Representative Tulsi Gabbard (HI-02) cosponsored both H.R. 7120, the Justice in Policing Act, and H.Res. 988, condemning police brutality, racial profiling, and the use of excessive and militarized force.

Rep. Gabbard notes the legislation comes in the wake of the death of George Floyd in Minneapolis.

“As a nation, we must address the many systemic problems that have brought us to this point by enacting significant reforms. This legislation takes the first steps in being able to do that. These problems are complex, will not be solved overnight, and will require us to come together as Americans, in the spirit of aloha — respect and love for others — taking a stand for justice and equality for all,” said Rep. Gabbard.

H.R. 7120, the Justice in Police Act improves police accountability and transparency by:

H.Res. 988 condemns all acts of police brutality, racial profiling, and excessive use of force and calls for the end of militarized policing practices in communities. This resolution also: