Maui Unemployment Rate at 34% in May 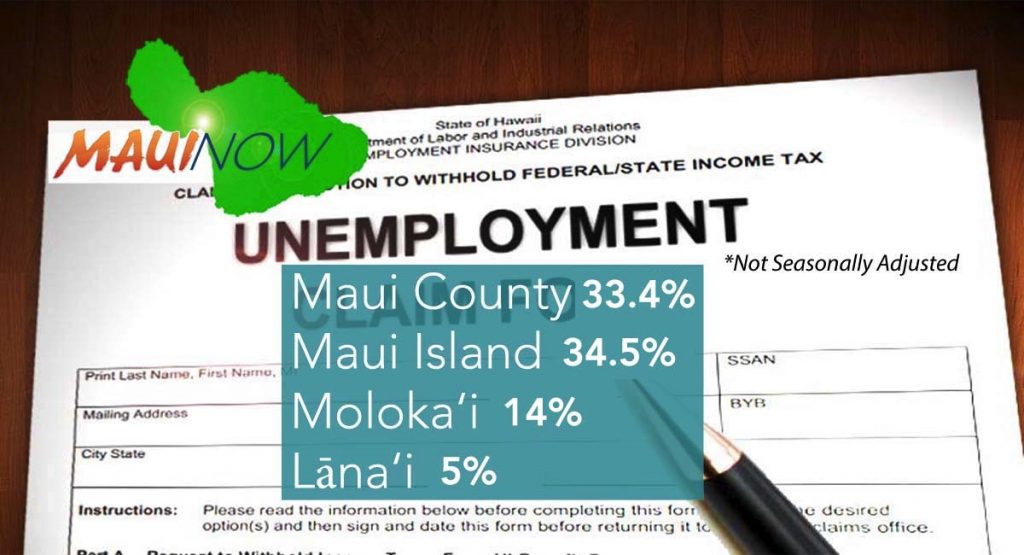 Maui’s unemployment rate remains the highest in the state with the state Department of Labor and Industrial relations reporting a 34.5% unemployment rate for Maui Island in May.  That’s slightly down from the 35.7% (non-seasonally adjusted) rate in April, but drastically different than the 2.4% rate at the same time last year.

Maui Now asked Mayor Michael Victorino what the county is doing to address the high numbers.

“Part of it is reopening the county for business.  This interisland travel will help.  We’re also looking at what are the businesses we can assist to not only reopen, but stay open.  Whether it’s restaurants or retail outlets–how we can assist with sanitation… separation with plexiglass–some of those expenses for which some of the businesses have been a little hesitant to get started again,” said Mayor Victorino.

He continued: “But the real opening will be when we can get a safe, precise, accurate opening from our outside visitors–whether trans-Pacific or international bubble travel; and have the testing that needs to be done to confirm that they are negative before they come to Maui.”

For the outer island of Moloka‘i, the non-seasonally adjusted unemployment rate was 14% in May, up from 12.3% the month before, and 5.9% at the same time last year.

The Hawai‘i State Department of Labor & Industrial Relations reports that the seasonally adjusted unemployment rate for May was 22.6 percent statewide compared to the revised rate of 23.8 percent in April.

The DLIR reports that jobs statewide declined by 131,600 over-the-year.