A 2-foot long dead snake was found in the front parking lot of a Kahului restaurant this morning, according to Maui police.

Upon arrival, officers observed the snake and reported it to the ʻHawaii Department of Agriculture.  Department personnel responded and removed the snake.

According to Department of Agriculture personnel, the snake was identified as a “corn” snake. Corn snakes are native to the eastern United States but are also found in southern states such as Florida, and subdues its small prey by constriction. The corn snake can get as big as six feet.

It is unknown how the snake arrived to the island.

Snakes have no natural predators in Hawaiʻi and pose a serious threat to Hawaiʻi’s environment. Many species also prey on birds and their eggs, increasing the threat to endangered native birds. Venomous and large snakes are also a danger to humans, pets and other animals.

Individuals who see or know of illegal animals in Hawaiʻi are encouraged to contact the State’s toll-free PEST HOTLINE at 643-PEST (7378) or turn them in under the State’s Amnesty Program. The maximum penalty under State law for possession and/or knowingly transporting illegal animals is a class C felony, $200,000 fine and up to three years in prison. 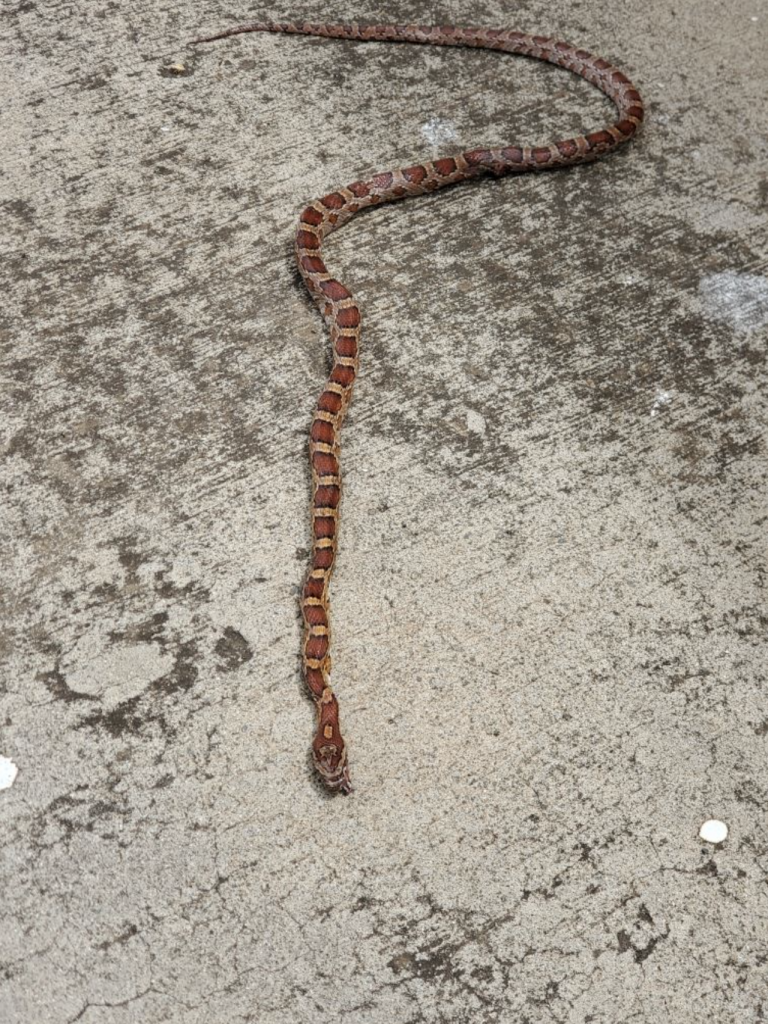