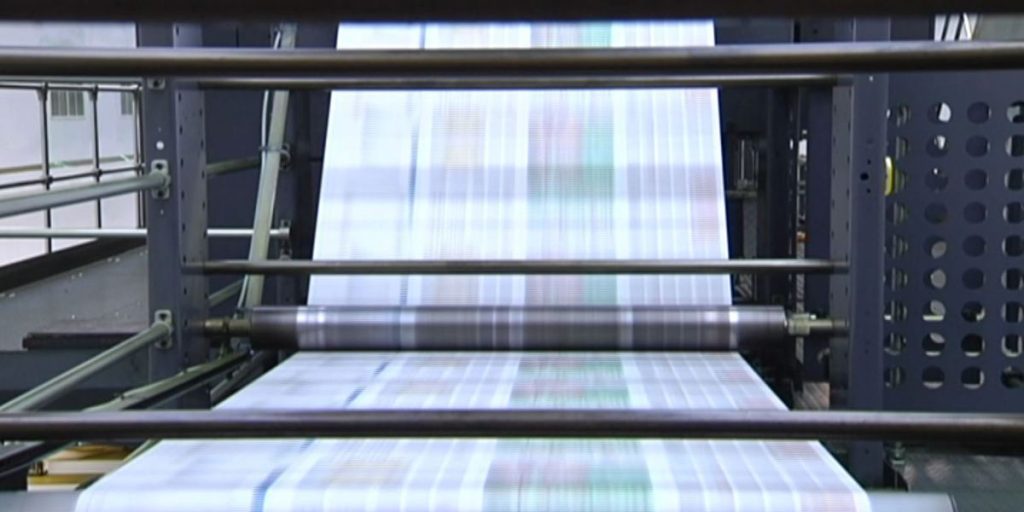 Union workers at the Honolulu Star-Advertiser offered a proposal to the company Thursday in the hopes of reaching an agreement to stop layoffs at Hawaiʻi’s largest newspaper, which are set to go into effect on Monday.

Bargaining sessions have been held, but an agreement had not been reached when the layoff notices were issued.  Maui Now reached out to Dennis Francis, President and Publisher, Honolulu Star-Advertiser via email on June 14 for comment, but did not receive a response.

When the effects of the pandemic began to set in, Francis published an editorial vowing that despite difficulties, the paper’s mission had  not changed.  Francis said the paper’s journalists “are working tirelessly, most from home, under very difficult circumstances to keep up with this constantly evolving crisis, particularly as it affects our island community,” he wrote in the April 5 Letter to Readers.

Today, the Guild reports that 15 employees it represents have volunteered to accept a layoff in order to avoid any involuntary departures, with half of those agreeing to sacrifice up to 45% of the severance entitled to them by their collective bargaining agreement.

According to the Guild, the remaining 14 employees “are willing to take significant furloughs to cut payroll costs by more than 16 percent between now and the end of the fiscal year (Feb. 28, 2021).” The remaining staff would also “relinquish half of their vacation entitlement for 2020 to provide additional financial relief to the company.”

The union says these moves would generate “substantial financial savings” at the newspaper and “save the viability and integrity,” of the publication.

“Our team is really pulling together to save the Star-Advertiser,” said Susan Essoyan, a reporter and co-chair of the Pacific Media Workers Guild unit at the newspaper. “We are not in this business to make money but these sacrifices cut to the bone. We consider journalism a calling and a public service for our community. We are willing to go to great lengths to save the newspaper and our digital website, which so many people rely on.”

On Wednesday, Honolulu City Councilmembers Carol Fukunaga and Ann Kobayashi introduced a resolution urging the newspaper’s owners to “negotiate in good faith” with the union “to preserve and protect the newspaper’s staff, as far as practicable.”

“The overwhelming support from all facets of our community has been humbling and inspiring,” said Joleen Oshiro, a reporter and co-chair of the newspaper’s union. “It has fueled our staff to continue to do our best work even as we faced heartbreaking losses to our own newsroom community.”

The layoffs are among the various actions taken amid the COVID-19 pandemic.  In April, the paper announced a planned transition of its Saturday edition to a digital only format, eliminating it’s printed version for that day in May.

In Hawai‘i, the Pacific Media Workers Guild represents workers at the Honolulu Star-Advertiser, The Maui News and the Hawai‘i Tribune-Herald in Hilo.