Stolen Oysters on Maui are Unfit for Human Consumption 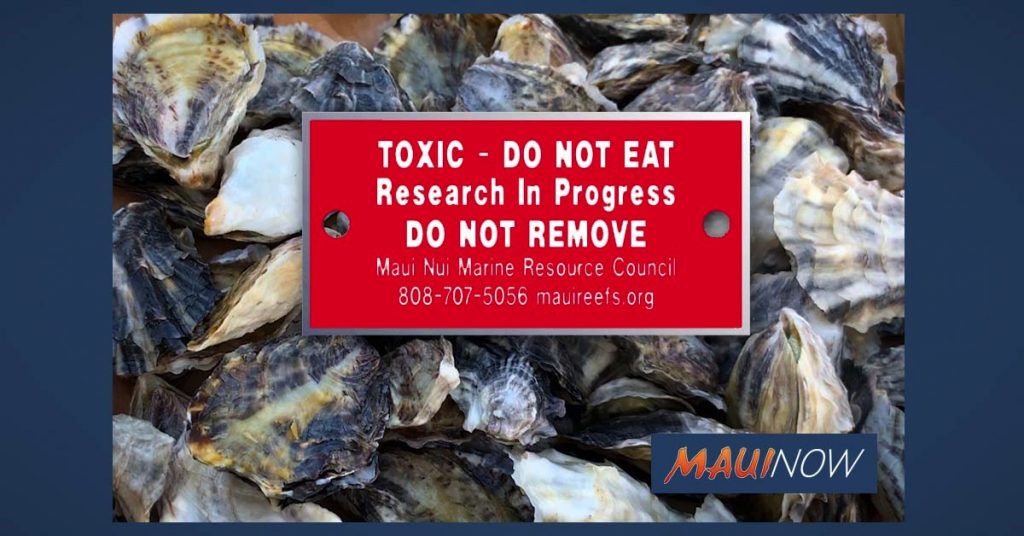 Oysters that were destined for a research project on Maui were stolen last week and may have subsequently been sold at below-market prices on island.

Uncooked oysters can carry Vibrio bacteria which can cause watery diarrhea, often accompanied by abdominal cramping, nausea, vomiting, fever and chills, according to the Centers for Disease Control and Prevention. Vibrio is a naturally occurring bacteria and can be found in any warm coastal waters and harbors, where it infects oysters.

Vibrio cases have occurred in Hawai‘i, including a large outbeak of vibrio gastroenteritis in 1972 caused by the consumption of uncooked crab. The Center for Disease Control and Prevention says that vibriosis causes an estimated 80,000 illnesses and 100 deaths in the United States every year.

The Maui Nui Marine Resources Council advises that many people with Vibrio vulnificus infection require intensive care or limb amputations, and about 1 in 5 people with this infection die, sometimes within a day or two of becoming ill.

The CDC also reports that it’s impossible to tell if an oyster is bad by looking at it. “Always choose oysters raised in clean water, provided by a reputable source,” said Fogarty. “If you have reason to believe that the oysters you’ve purchased or consumed were stolen, call Maui Nui Marine Resource Council at (808) 707-5056 to report it.”

“The oysters that were stolen were purchased with money raised by our community, to help clean polluted ocean water and benefit our local coral reefs,” said Fogarty. “We are heartbroken that this has occurred, but most of all, we are concerned about residents of our community who may consume these oysters and fall ill.”

Fogarty notes that it is illegal to catch, take, kill, possess, remove, sell, or offer for sale oysters or clams from the waters of the state of Hawai‘i according to fishing regulations HAR 13-83 and HAR 13-85. Violators shall be punished as provided by law. Maui Nui Marine Resource Council is permitted through the State of Hawaii for its oyster project.

Maui Nui Marine Resource Council is a community-based nonprofit organization.  Over the past 12 years, the organization has advocated for healthy coral reefs, worked to clean ocean water and protect abundant native fish throughout Maui County.