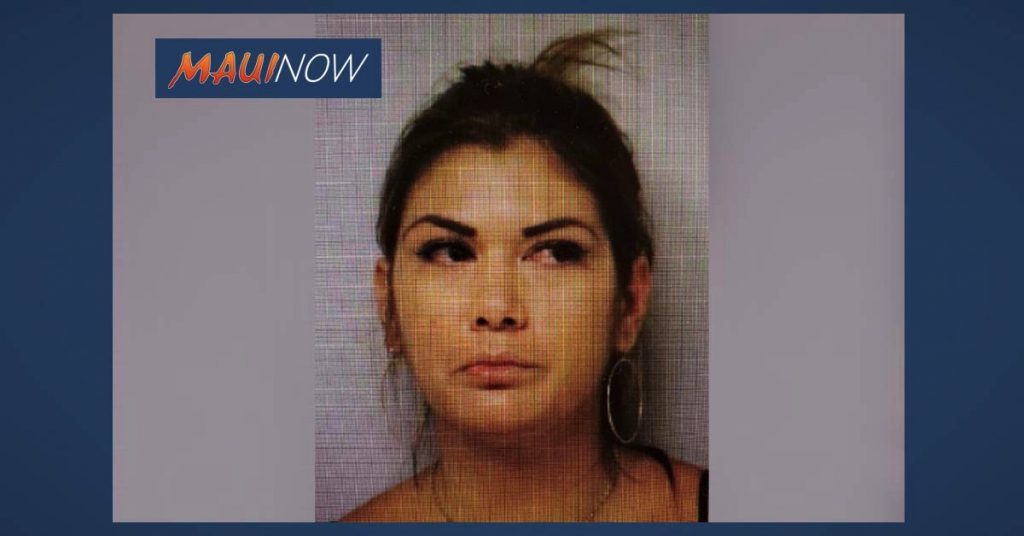 A 34-year-old Haʻikū woman was arrested and charged with operating a vehicle while under the influence of alcohol after a concerned citizen reported the suspected incident to police.

Police were alerted to the vehicle after a concerned citizen reported that Davis “appeared to be intoxicated” and had left a Kahului business within her white Jeep with another female passenger within, according to police reports.

Following the traffic stop, police say an OUI Task Force officer “detected Davis to exhibit signs of alcohol impairment.” The woman was subsequently placed under arrest and transported to the Wailuku Station where she was offered a breath or blood test.

Davis was arrested and charged with: (1) operating a vehicle while under the influence of an intoxicant, and (2) consuming or possessing intoxicating liquor while operating motor vehicle.

Lieutenant William Hankins, Commander of the Maui Police Department’s Traffic Division said, “I commend the citizen who had the courage to make the call to police to report an impaired driver. Impaired drivers are a serious safety concern for everyone on our roadways. Having the public’s help in removing these drivers will save lives and is greatly appreciated.”