Maui Police Issue 1,069 Rules and Orders Citations, Including 113 Arrests Over Course of Pandemic 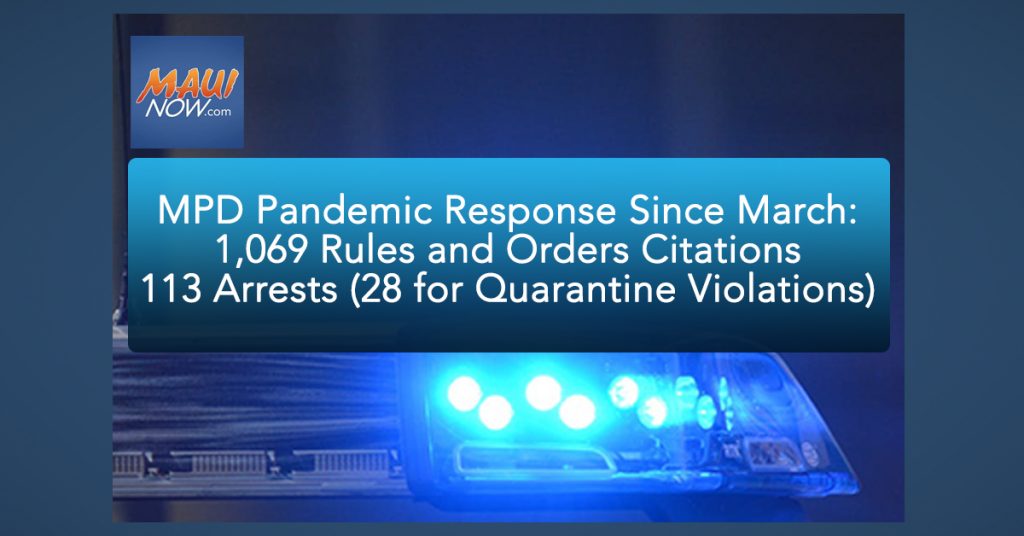 Since March of 2020, the Maui Police Department has issued 1,069 citations for Rules and Order violations.  County officials say 410 of the citations were issued at a beach or a park.

The police department also reports that there have been 75,334 calls for service over the first six months of the year.  Of those calls, 2042 were for Rules and Orders violations with approximately 800 resulting in a citation, report and or arrest.

Nishida said 746 hours were spent by beat officers responding to the calls with each call taking on average of about 23 minutes to handle.

County officials remind the public that the preferred way to report violations of the 14-day quarantine to police is via the department’s email address at: [email protected] .