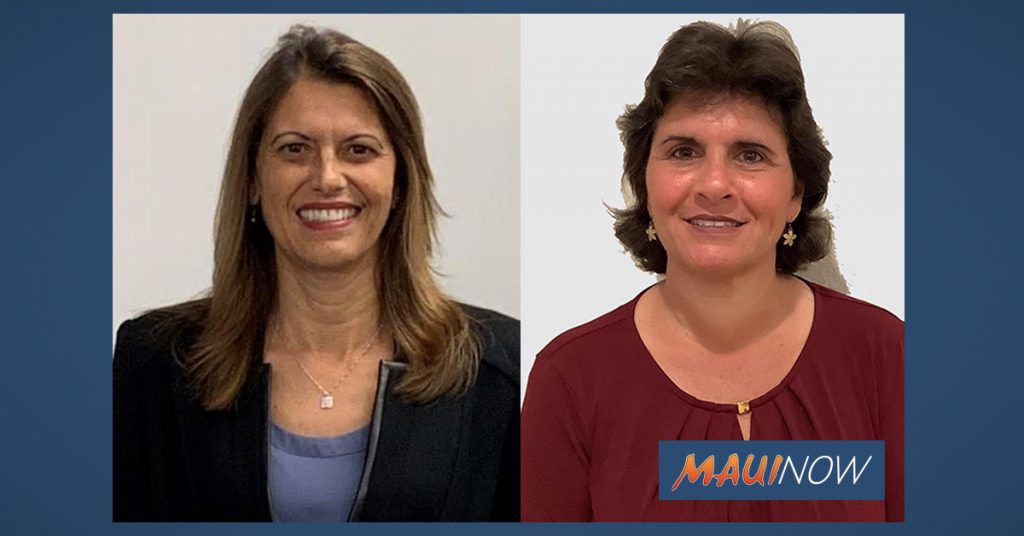 Gov. David Ige announced the appointment of Anne E. Perreira-Eustaquio as director of the Department of Labor and Industrial Relations and JoAnn A. Vidinhar as DLIR’s deputy director.

Perreira-Eustaquio has been serving as DLIR’s acting director since last month.

Previously, she was the department’s deputy director and has spent her career in various capacities in DLIR’s unemployment division, most notably as administrator of the unemployment insurance program.

“I am extremely honored to continue to serve in this capacity in Governor Ige’s Administration. There are many challenges that the department is facing, and I will continue to work diligently to find solutions to care for our community in this time of need and uncertainty,” said Perreira-Eustaquio.

Vidinhar previously worked at the Department of Community Development for the City of Bremerton in Washington, where she was an assistant director and city building official, as well as a development manager and planner. Prior to her work with the City of Bremerton, Vidinhar was employed with Kitsap County’s Department of Community Development where she served as a senior planner, and building and planning supervisor.

“It is an honor and a privilege to be considered for this position. I am grateful for the opportunity to serve under Governor Ige and his administration. As a public servant for over 25 years, I pledge to continue to address the needs of Hawai‘i’s workforce and their families as Deputy Director for the Department of Labor and Industrial Relations,” said Vidinhar.

Both Perreira-Eustaquio and Vidinhar start their new positions today, Sept. 16, 2020.

Both appointments are subject to Senate confirmation.