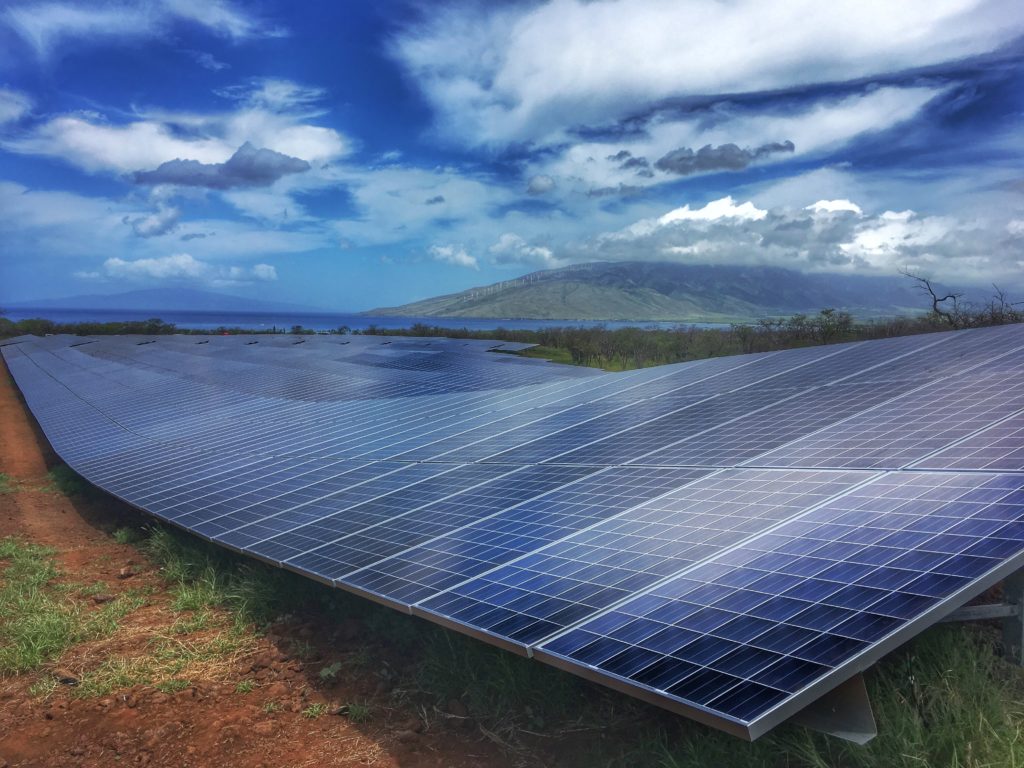 In partnership with Maui Electric Company and Kenyon Energy, Maui is receiving renewable energy from the island’s first large-scale photovoltaic (PV) solar project that came online on May 5, 2018 in South Maui. The company is proposing two more renewable energy projects on Maui–one in Pūlehu and one in Nāpili/Honokōwai.  PC: Maui Electric Company.

Hawaiian Electric announced Wednesday that it has submitted eight new renewable energy projects to the Public Utilities Commission for review. If approved, the projects could produce lower-cost electricity, advance clean energy and phase out coal consumption in Hawai’i – enabling the retirement of the Kahului plant.

The six projects on O‘ahu and two on Maui are part of the largest renewable energy procurement ever for Hawai‘i. If approved and completed, the combined projects are expected to lower electric bills on average by about $1 a month on O‘ahu and Maui.

The O‘ahu projects are expected to provide generation and storage needed to retire the state’s only coal plant, the 180-megawatt plant at Campbell Industrial Park owned by AES, by September 2022. On Maui, the successful completion of renewable energy projects will help enable the retirement of the 38 MW oil-fired Kahului plant in 2024.

These projects were part of the second phase of Hawaiian Electric’s renewable procurement effort that began in February 2018. Three of the original projects withdrew and contracts for three other projects are still being negotiated with Hawaiian Electric.

In addition to the projects planned by independent developers, Hawaiian Electric plans to build two standalone energy storage projects, one on Maui and one on Hawai‘i Island. Those projects were submitted earlier to the PUC for review and approval.

The eight contracts submitted for regulatory review represent nearly 300 MW of new renewable generation and about 2,000 megawatt hours (MWh) of storage. If completed on schedule in 2022 and 2023, they are estimated to add approximately 9 percentage points to the renewable portfolio on the five islands served by Hawaiian Electric.

The company’s renewable portfolio is expected to reach 30 percent by the end of this year with the anticipated return to service of Puna Geothermal Venture on Hawai‘i Island.

The projects and their prices are listed on the following page: 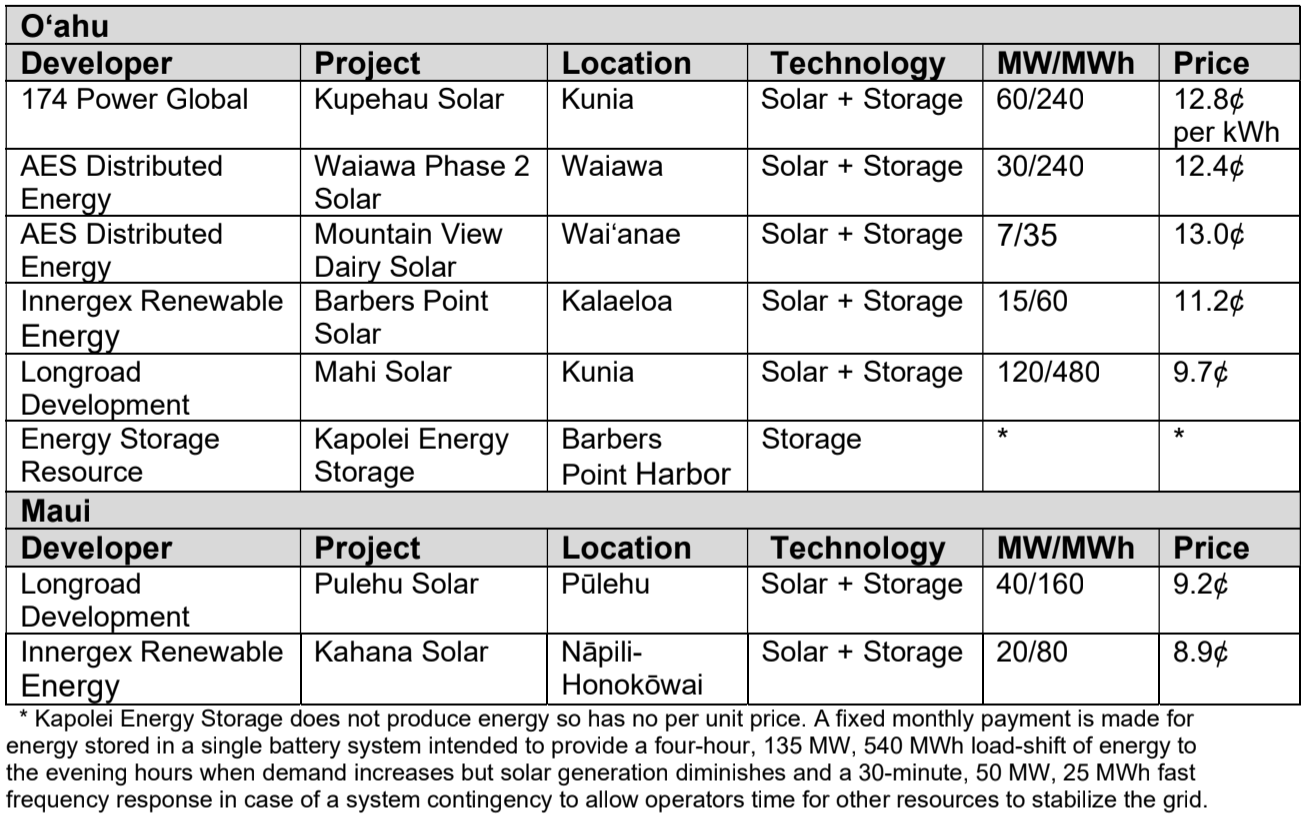 Hawaiian Electric has made community outreach a formal part of the procurement process and requires developers to engage with residents in the communities where their projects are planned. Community members will have the opportunity to provide comments and feedback as part of the regulatory review process.

Contract documents filed by the company will be available on the PUC website at https://dms.puc.hawaii.gov/dms/.