Gov. Ige: Every Penny in CARES Act Funding to be Spent 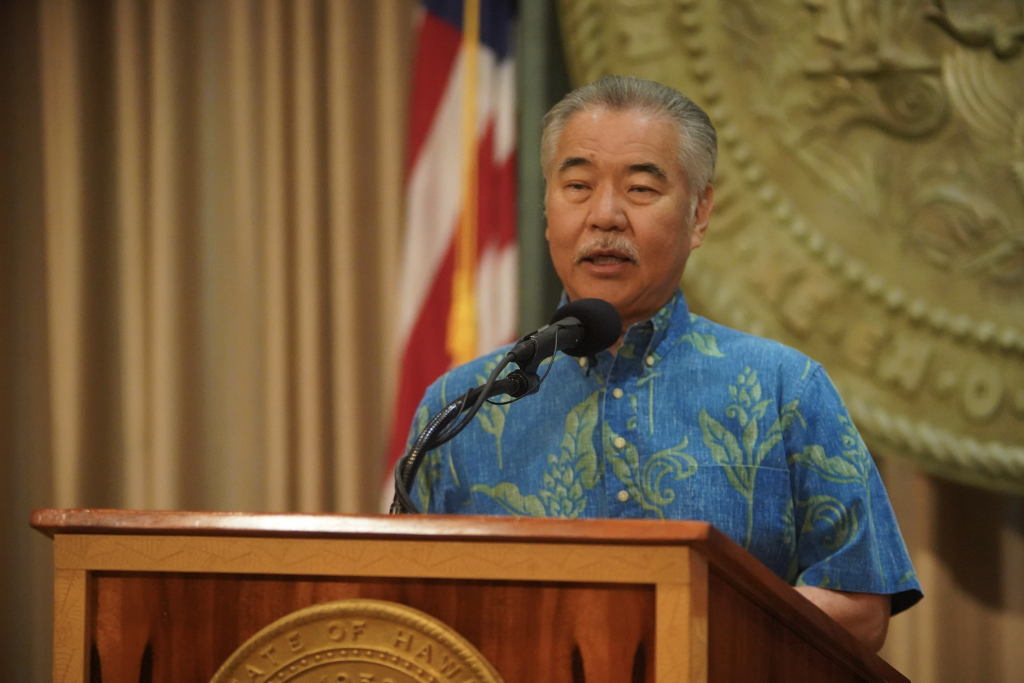 Governor David Ige announced that 100% of the CARES Act funding Hawai‘i received from the federal government will be spent.

Gov. David Ige announced that 98% of the $863 million of the federal Coronavirus Relief Fund received by the state in April has already been set aside to assist with COVID-19 response and recovery efforts.

Gov. Ige added that all remaining CRF funds have been designated and will be used to support the three priority areas of the Hawaiʻi Pandemic Action Plan, which aims to protect public health, revive the economy, and strengthen our community. The CRF has already helped to support:

The CRF must be spent by Dec. 30, 2020. Any funds unspent at year’s end will be placed in the state’s unemployment insurance trust fund and used to help repay a $1 billion loan that was secured to pay unemployment benefits to local residents.

“The state will not leave any of the federal funding unused as these funds provide a crucial lifeline to our residents and businesses. We are going to use every penny,” said Gov. Ige. “I want to extend my appreciation to the House and the Senate for working closely with my administration, as well as the counties, nonprofit partners and businesses that have stepped up to help get this money disbursed into our community.”

The governor announced that about $5 million of the CRF is being used by the state unemployment office to staff a new 200-person call center, which begins operating today.

Anne E. Perreira-Eustaquio, director, Department of Labor and Industrial Relations, said the call center will put claimants in contact with a live person who can assist with a claim, resolve issues, answer questions about pandemic unemployment assistance (PUA), and process applications and payments more quickly.

The governor also announced a new dining card program funded by $75 million from the CRF, that assists both Hawaiʻi’s unemployed and restaurants. Sherry Menor McNamara, president and CEO, Chamber of Commerce of Hawai‘i, and Denise Hayashi Yamaguchi, executive director, Hawaiʻi Agricultural Foundation, said the dining card program offers displaced workers a pre-paid $500 dining card for use at any Hawai‘i restaurant.

A portion of the CRF, $175,323,979, has also been distributed to the neighbor island counties and is already being used to assist individuals, households, businesses, and will also support the reopening of schools and the protection of public health.

Gov. Ige also spoke about the need to get the CRF into the community quickly and to ensure transparency. Jill Tokuda, special advisor to the Hawai‘i Data Collaborative, is monitoring and tracking federal funds awarded to the state with assistance from the State Department of Budget and Finance.

To learn more about federal dollars received by Hawaiʻi and grants available under the CARES Act, visit the State Department of Budget and Finance website at federalawards.hawaii.gov/featured/managing-coronavirus-federal-aid or the Hawai‘i Data Collaborative website at hawaiidata.org.