Two People Rescued from Overturned Kayaks off of Moloka‘i 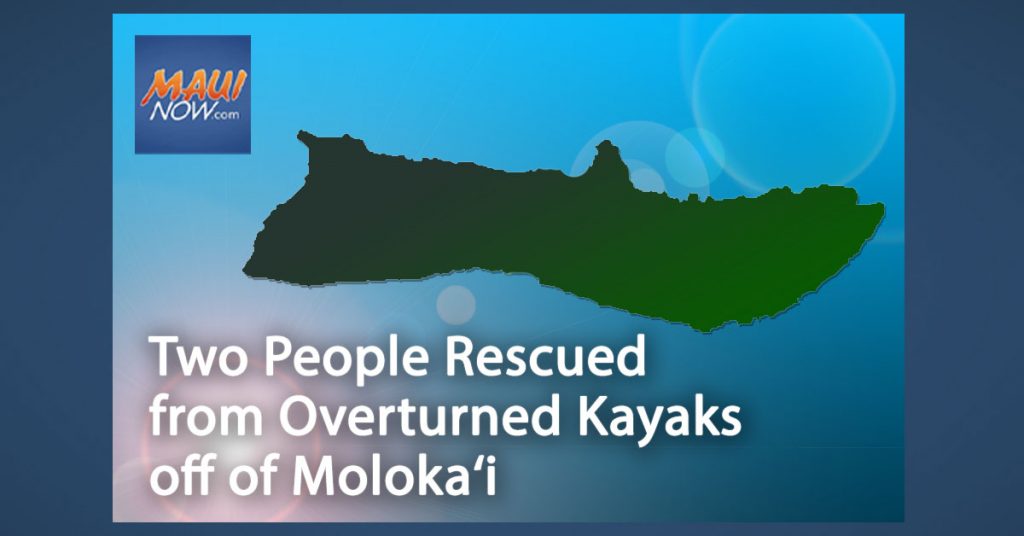 A man and woman were rescued on Monday after the kayaks they were on overturned in waters about a quarter mile offshore of Kaunakakai Boat Harbor, Molokaʻi.

County officials say the Molokaʻi man and California woman, both in their 50s, were spotted in distress by a tugboat captain nearby.  The mariner notified the Coast Guard of the incident. Also responding to the scene was personnel from Engine 12.

Due to a confirmed brush fire occurring at the same time, two emergency callback personnel were dispatched to launch a Maui Fire Department Rescue Ski. The Coast Guard helicopter was able to guide the MFD Rescue Ski to the kayakers, and they were taken safely to shore.

There were no injuries reported and crews left the scene at 3:53 p.m.

Conditions on scene included surf ranging from flat to 2 feet and winds blowing from the east at 10 to 15 mph.