Solar-Battery Project at ‘Ulupalakua, Maui is Approved by PUC 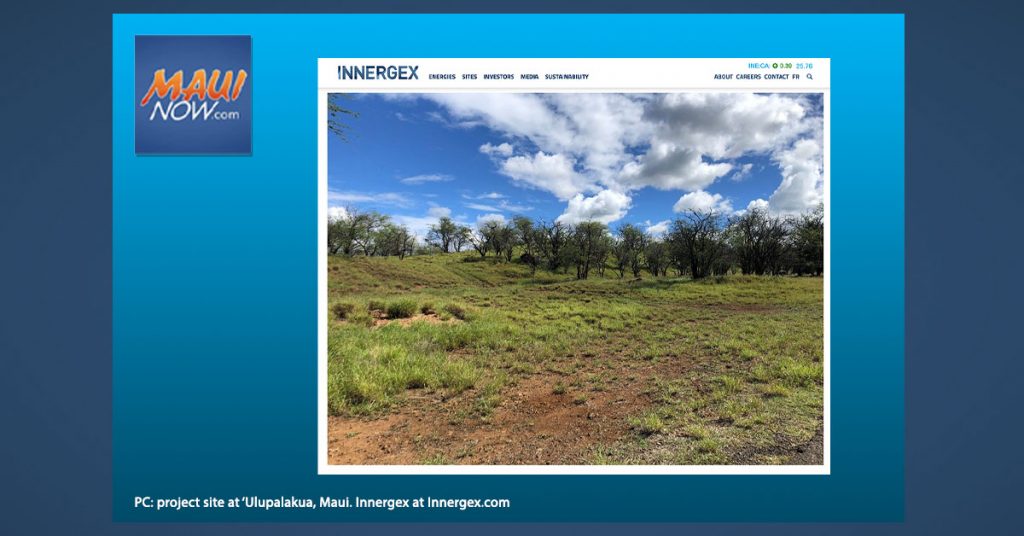 Paeahu Solar, a utility-scale renewable energy plus battery project in South Maui, has gained approval from the Public Utilities Commission. It is one of four projects planned to come online over the next three years on Maui as part of Hawaiian Electric’s efforts to meet the island’s energy needs with local, renewable resources.

Innergex, an experienced renewable energy developer based in Canada, will build and operate the 15-megawatt (MW) solar array with a 60-megawatt-hour battery energy storage system on approximately 200 acres leased from ‘Ulupalakua Ranch, mauka of Pi‘ilani Highway in Kīhei.

As part of its 25-year contract with Innergex, Hawaiian Electric will purchase power from Paeahu Solar at 12 cents per kilowatt hour (kWh). This cost is in line with prices for other grid-scale solar and battery projects approved by regulators in 2019 for Maui, O‘ahu and Hawai‘i Island. These projects, which include a solar plus battery project in Central Maui, were selected in the first phase of Hawaiian Electric’s renewable energy procurement effort that began in February 2018.

Planned to be online in 2023, Paeahu Solar is capable of powering about 6,900 Maui homes per year. Over the lifetime of the project, it can replace the use of 1.3 million barrels of liquid fuel and reduce greenhouse gas emissions by nearly 530,000 metric tons of carbon dioxide equivalent.

The project is also expected to reduce the monthly electric bill of the typical residential customer on Maui by about $3, which may vary depending on the cost of liquid fuels at the time the project comes online.

Details and links to projects under development can be found on Hawaiian Electric’s Renewable Project Status Board.