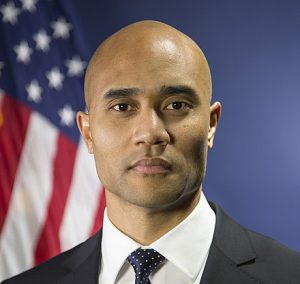 Williams marketed the scheme to distressed homeowners, who were mostly non-native English speakers in the Filipino immigrant community in Hawaiʻi. For his part, he was convicted by a federal jury on March 3, 2020, on 32 counts of wire and mail fraud after a four-week trial.

Williams created two companies, Mortgage Enterprise Investments (MEI) and Common Law Office of America (CLOA). Neither company was licensed to service or modify mortgages. Through MEI, Williams made conflicting promises to clients that he could eliminate their existing mortgage obligations to their lenders, or reduce by half their mortgage obligations. Through CLOA, Williams promised legal representation in mortgage-related litigation and foreclosure proceedings.

To give himself the appearance of credibility, Williams told prospective clients he was a “private attorney general” and brandished an official-looking law enforcement badge and credentials, despite not having a law license or any affiliation with law enforcement.

Williams falsely promised victims that he could eliminate their existing home mortgage obligations by filing bogus documents with the Hawaiʻi Bureau of Conveyances. These documents included new MEI mortgages and notes obligating homeowners to make monthly payments to MEI. Williams then
advised homeowners to stop making their mortgage payments to their lenders and to pay him instead.

Between 2012 and 2015, Williams enlisted 112 victims in Hawaiʻi into his MEI program and fraudulently obtained more than $230,000 from his victims, without providing any legitimate services. Several victims testified at trial that they had relied upon Williams’s representations and went into foreclosure or bankruptcy. Two victims testified that they lost their homes as a result of Williams’ scheme.

“For several years, Anthony Williams actively preyed upon distressed homeowners within the Filipino community here in the State of Hawaiʻi,” US Attorney Kenji M. Price said. “His scheme financially devastated his victims, forcing some into bankruptcy and homelessness. As a result of this prosecution, Williams’ scheme has come to an end and Williams will be incarcerated for 20 years. My office will continue to protect the most vulnerable members of our community.”

Eli Miranda, Special Agent in Charge of the FBI’s Honolulu Division, said: “Williams knowingly targeted and preyed upon citizens of our Filipino community. He took advantage of this vulnerable and in need population, delivering empty promises. He drained their finances, leaving many penniless. The FBI cannot, and will not stand by. We will continue to maximize our efforts with partner agencies to bring these perpetrators to justice and hold them accountable for their crimes.”

The investigation was led by the FBI. Assistant US Attorneys Kenneth M. Sorenson and Gregg Paris Yates prosecuted the case.

This comments section is a public community forum for the purpose of free expression. Although Maui Now encourages respectful communication only, some content may be considered offensive. Please view at your own discretion. View Comments
Trending Now
1387320 2Kuʻikahi Villages Plans For 202 Workforce Homes In Wailuku Moves Ahead 3Law Enforcement Arrest Three On Maui For Alleged Electronic Enticement Of A Child 4Crews Respond To Brush Fire Near Maui Lani Golf Course In Kahului 5Conservation Minded Steward Sought As Future Buyer For Mauis Hana Ranch 6Disaster Relief Period Declared For Mauis Axis Deer Crisis As Population Grows To 60000
Back to Top