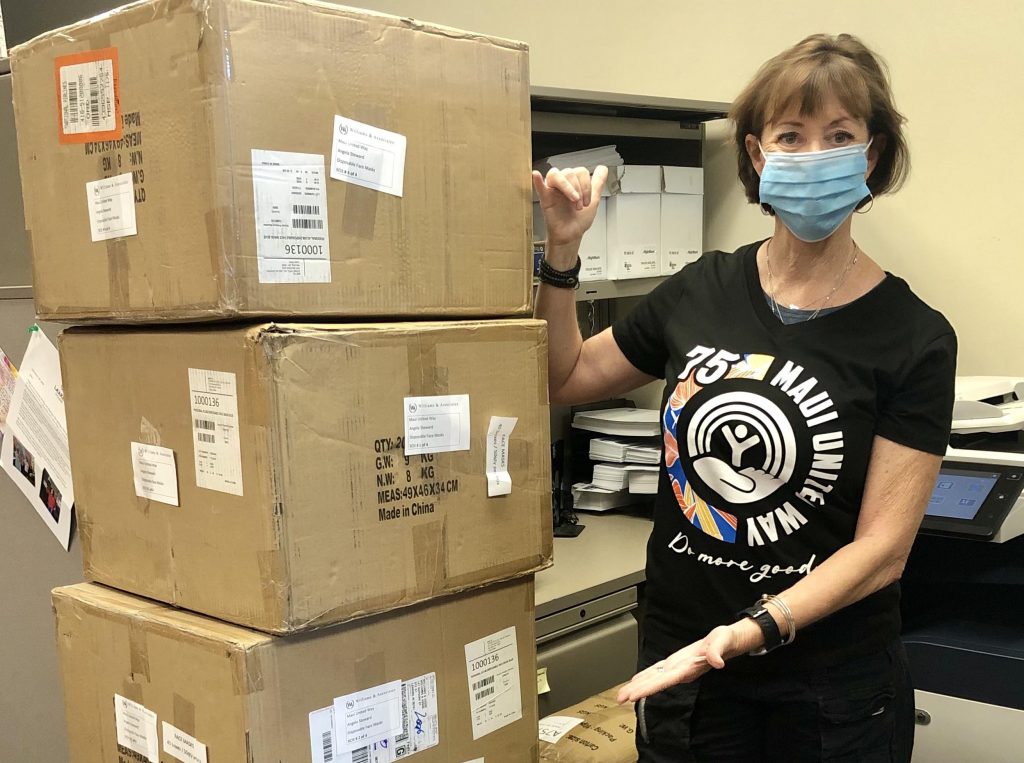 Maui Nui Ohana are asked to provide support to Maui United Way, any local non-profit or even a neighbor.

Many key leaders were in attendance for the virtual Pau Hana. They include Hawaiʻi Lt. Governor Josh Green and Mayor Michael Victorino. Both leaders expressed appreciation for Maui United Way and its role over the decades to provide support to nonprofits that serve as a safety net for many local families.

Maui United Way’s President and CPO Nicholas Winfrey led the Pau Hana where he shared a little about the history about the agency and discussed new and exciting projects that are on the horizon.

“Now is the time to lend a helping hand to your community,” Windrey said. “For Maui United Way’s 75th Anniversary, we’re only asking for one thing: do more good.”

The campaign is asking people to pledge 75 hours of volunteering, a $75 donation to Maui United Way or any nonprofit, or sign up in the workplace campaign to donate at least $7.50 per pay period.

Winfrey said if everyone in Maui Nui were to take part, Maui would see some amazing things happen for those falling through the cracks. Maui would see fewer people go hungry, fewer people at risk of suicide, more people remaining physically and emotionally healthy, and a whole lot more smiles across the community.

As a way to show support for “Doing More Good” for Maui Nui, Maui United Way partnered with Hawaiʻi’s Finest owner, Paulele Alcon, who was born and raised on Molokai, for a very special and limited edition shirt to celebrate 75 years of support for Maui Nui.

Everyone who pledges to “Do more good” will receive one of these shirts to show the world they’re ready to provide a hand up to their community this year. Please visit mauiunitedway.org to pledge to “Do More Good”.

One of the first people to pledge to “Do More Good” is Kim Williams from Williams & Associates. Her company donated 3,000 masks for Lana’i as its residents continue to fight the COVID-19 outbreak on their island.

Maui United Way will be sharing on social media throughout the year the great work being done by you when you tag your photos doing more good in the community with #domoregoodmauinui. 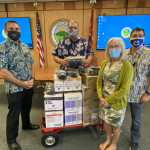 Maui Mask Wearing Campaign: "If You Have to Ask, Wear a Mask." 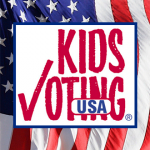