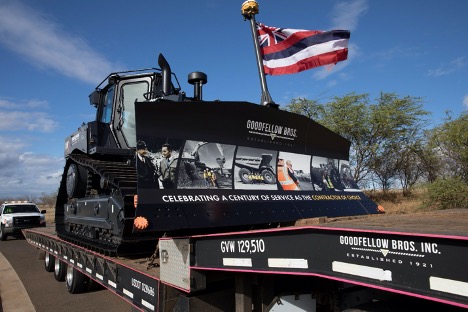 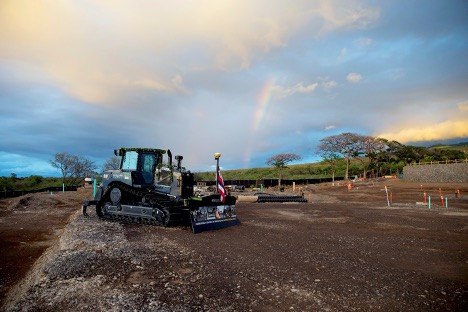 Goodfellow Bros. in Kihei already has put to use a commemorative electric drive dozer that it received from Caterpillar. Photo Courtesy: Goodfellow Bros. 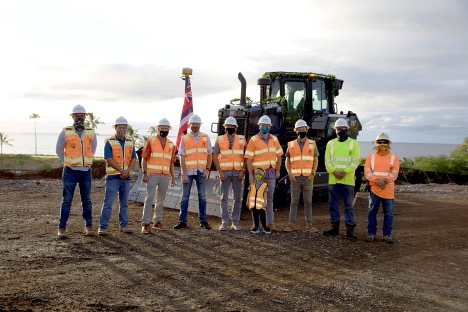 Caterpillar selected Goodfellow Bros. as a recipient of the all-new dozer because of its long-standing relationship with the company, according to a news release.

“The strong partnership between Caterpillar, Hawthorne Cat and Goodfellow Bros. provided us a unique opportunity to celebrate significant and special milestones,” said Patrick Kearns, North America Industry Region Manager for Caterpillar. “This commemorative medium track-type tractor symbolizes so much of what we’ve accomplished over the last century and our commitment to building a better world.”

With no gears to shift, the electric drive provides maximum torque at all speeds and constant power to the ground allowing it to move up to 10 percent more material per hour. In addition to increased performance, the electric drive also offers durability and simplified diagnostics, helping reduce service
and maintenance costs.

The unique dark gray and black paint scheme was only one of two manufactured worldwide in this color.

Additionally, the one-of-a-kind dozer features special fender decals and a custom, decorative blade to celebrate the company’s 2021 centennial. Goodfellow Bros. plans to feature the new commemorative dozer throughout its anniversary celebration in 2021.

“For nearly 100 years, Goodfellow Bros. has been on the forefront of adopting innovative technologies to improve operations and make jobs safer and more efficient,” said Chad Goodfellow, CEO of Goodfellow Bros. “The addition of the Cat ® D6 XE to our fleet is a great example of our commitment to
innovation and partnerships that make our industry better.”

In addition to these features, the D6 is outfitted with the Trimble® Earthworks Grade Control Platform. It offers dozer operators cab-mounted portability, a user-friendly Android™ UI, and the convenience of a 10-inch touch screen. The platform is designed to help operators do more in less time for increased
productivity.