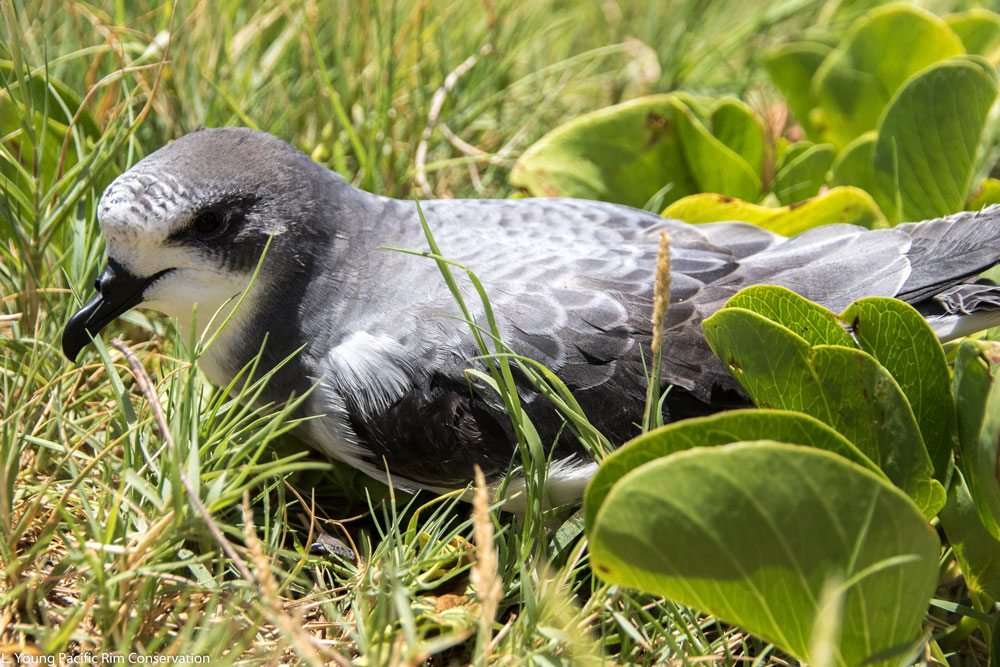 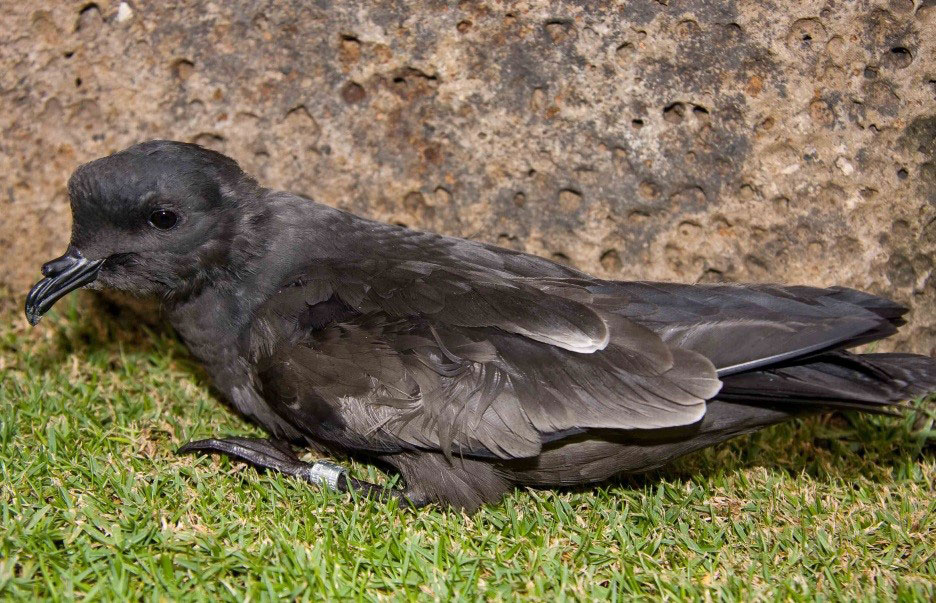 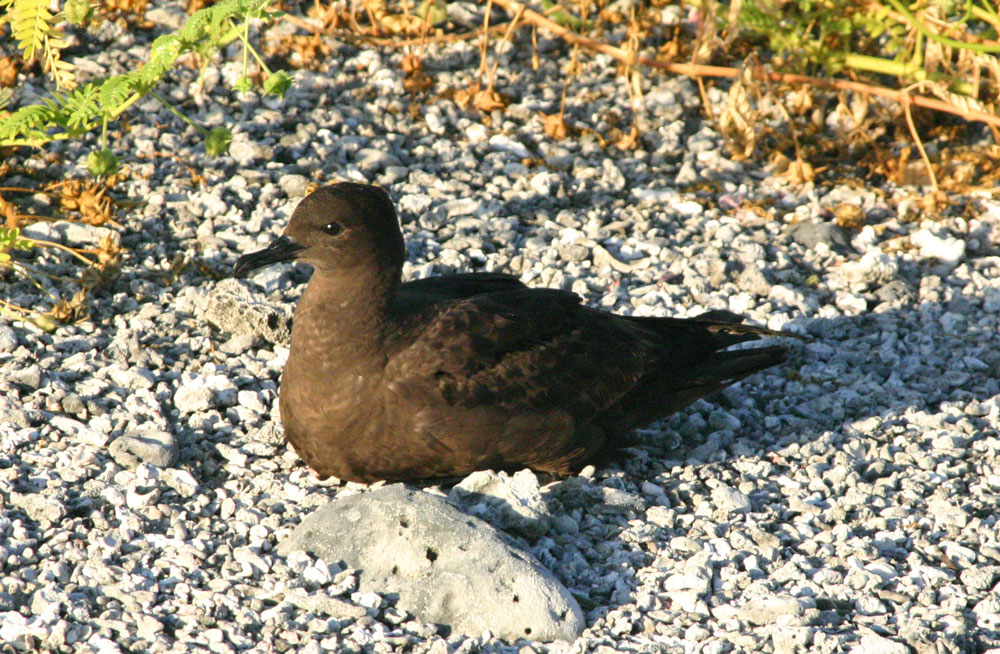 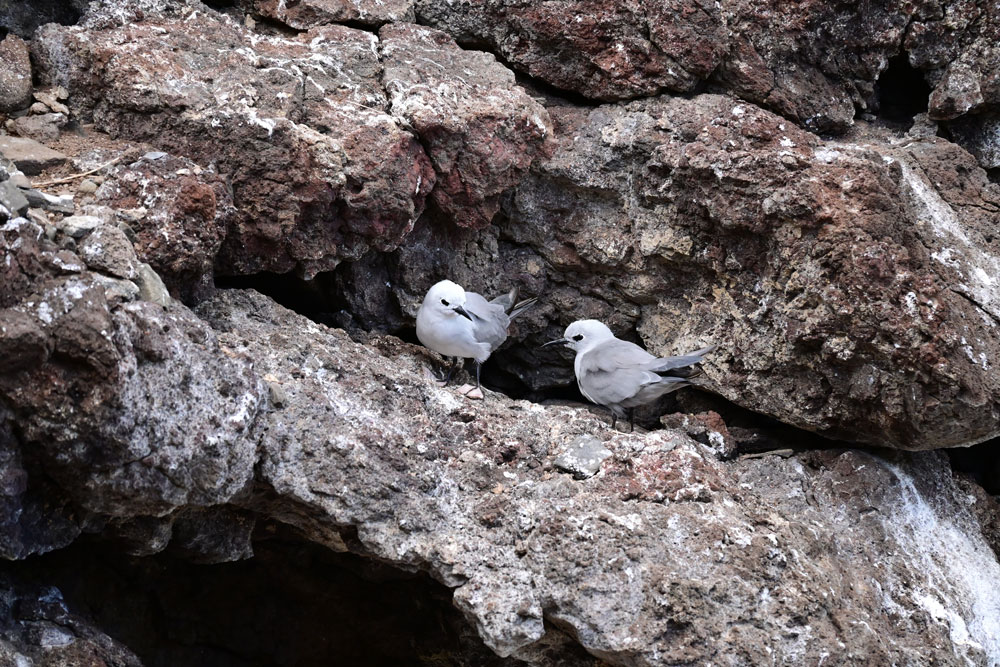 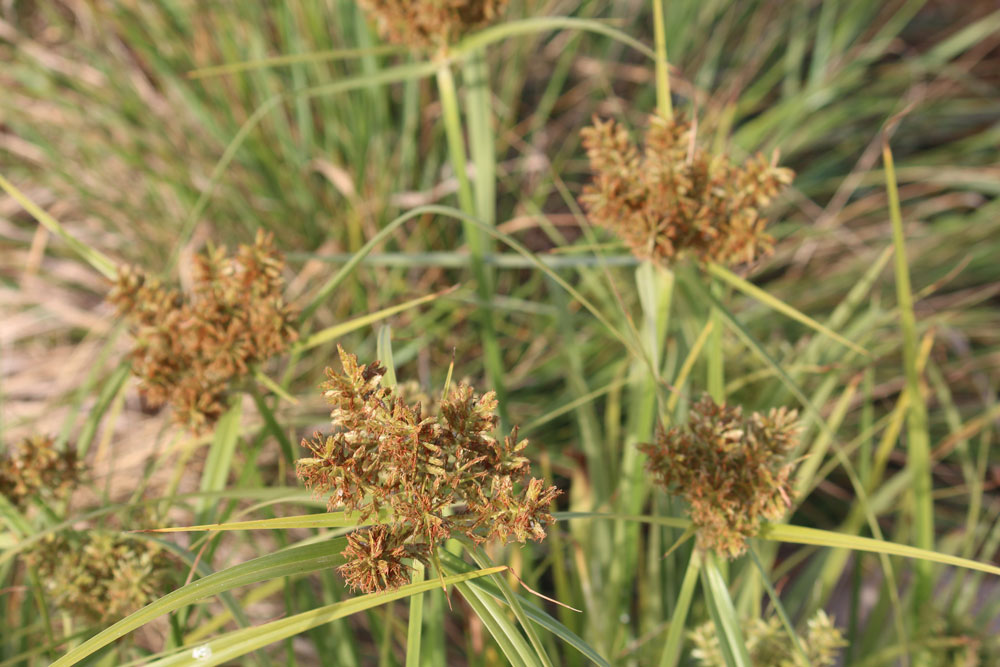 Four Hawaiian Bird species and one plant species living within the Papahānaumokuākea Marine National Monument have been given Hawaiian names.

“Researching old names and developing new ones for species in Papahānaumokuākea that have either lost, or never had, a Hawaiian name is an important step towards honoring Hawaiian traditions and maintaining a living culture in the Hawaiian Islands,” said OHA Ka Pouhana and CEO Dr. Sylvia Hussey.

The names reflect Hawaiian cultural perspectives of the birds and plant species, as well as their characteristics and behaviors.

The names were developed by PMNM’s Native Hawaiian Cultural Working Group, facilitated by the Office of Hawaiian Affairs and comprised of community members, and cultural practitioners and researchers.

“Our naming process comes from our experiences in seeing, smelling, hearing, touching, and feeling with our naʻau, the relationships created from engaging with these organisms, and the realms in which they reside,” said the members of the Cultural Working Group in a joint statement.

A free live webinar is scheduled on Tuesday, Dec. 8 at 11:00 a.m. to share insights on the naming process. The public is invited to register for the webinar. 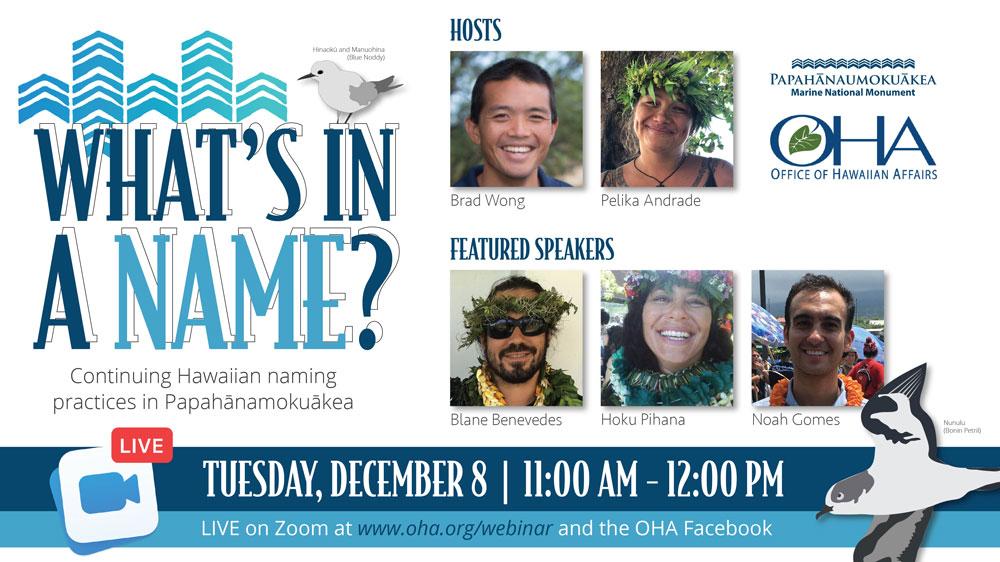 Nunulu is the name chosen for the bonin petrel. Nunulu means growling, warbling, or reverberating. The word nunulu can be found within the chant Nā ʻAumākua; specifically “Nunulu i ka lani.” This line refers to a sky that is immensely filled with activity, causing it to reverberate. Nunulu was chosen because of the annual migratory return flight home of the bonin petrels to the islands where on the first couple days of their return, the skies are so filled with birds that it blackens the sky. This imagery was an important aspect to preserve with this species, as the birds’ habitat is threatened by climate change. The nunulu is one of several birds being actively translocated to the James Campbell National Widlife Refuge in Kahuku, Oʻahu, from PMNM to help combat this threat.

The name for the Tristram’s storm-petrel is ‘akihikeʻehiʻale, which translates to “the bird that steps on water.” This is an old name found in the writings of Hawaiian historian Kepelino and other Hawaiian language newspaper sources from the 1800s. After reviewing historical information and current photos and videos describing its foraging behavior, physical features, flight, and sound, it was believed that the ‘akihikeʻehiʻale, spoken of in the historical documents was the Tristram’s storm-petrel. The akihikeʻehiʻale is another bird actively being translocated from PMNM to Oʻahu where it was once present to help mitigate threats from climate change.

The name ʻaoʻū was chosen for the Christmas shearwater based its call, where the sound ʻao is repeated six times followed by a long ʻū sound. “ʻAo” means a new shoot, leaf, or bud, especially of taro, and “ao” also refers to clouds, the light of day or daylight as well as enlightened; to regain consciousness. ʻŪ means to growl, grunt, groan, moan, sigh, hum, coo; to hold the breath. Naming birds from their sound is a common practice for many sea and shorebirds in Hawaiʻi.

A similar bird to the manu o kū (white tern) seen in urban Honolulu, the blue noddy was given the names hinaokū and manuohina. Both names speak to the birds’ physical features and foraging behavior as well as provide a “hina” balance to the manu o kū. Hina is often paired with Kū in many Hawaiian moʻolelo, or stories, to express duality and balance. Hinaokū means “Hina of Kū” and refers to the ʻāhinahina color (gray), whereas the kū portion of the name maintains the idea that this particular bird continues to forage in a “kū” form (similar to manu o kū) — by surface-dipping and hover-dipping. Both names reflect the relationships, identity, and function of the bird and their relationship to traditional concepts of duality. The members of the CWG expressed that both names should be used when referencing the bird, linking the use of each name to the habits of the bird in the wild.

Finally, the Bryan’s flatsedge grass was given the name ʻahuʻawakua. The plant is similar to the ʻahuʻawa (Javanese flatsedge) in the main Hawaiian islands with the ʻahuʻawakua found only on Kamole (Laysan island). “Kua” was added to dilineate the two species and can usually refer to things that are a support or backbone (akua–god, ʻaumakua–guardian, makua–parent, kaikuaʻana–older sibling). Since the plant is located in PMNM, where the islands are affectionately called the kūpuna islands in reverence to their place as an older sibling, it was suggested to give the name ʻahuʻawakua.

Through the research of the Papahānaumokuākea Native Hawaiian Cultural Working Group, numerous other bird, plant, limu, and coral species unique to PMNM now have Hawaiian names.