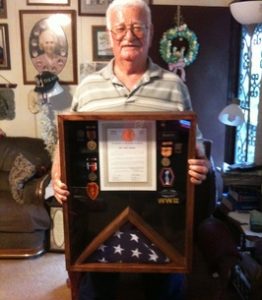 He is predeceased by 11 siblings and sons Edward and Michael Ramon.

Services will be held at Norman’s Mortuary with burial to follow at Maui Veteran’s Cemetery. Please contact the family for service information at [email protected] 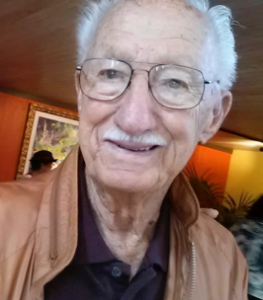 Frank Morreira, Jr., 98, of Kula, Maui, passed away on Dec. 7, 2020, at his home, under the brief care
of Islands Hospice. He was born on Sept. 14, 1922, in Kula to Frank and Ludvina Morreira.In his early years, Frank was an outstanding basketball player and enjoyed bowling and hunting. A bit later in life he became an avid golfer. He was a kind-hearted soul who loved all animals and enjoyed feeding wild birds.Frank served our country in the US Army from Nov. 1944 through Aug. 1946, and was the recipient of a Purple Heart after being wounded in action. He was a member of the Holy Ghost Catholic Church. Frank was a cable splicer at Hawaiian Telephone Company for more than 30 years before retiring.
ARTICLE CONTINUES BELOW AD

Because of COVID-19 restrictions, private family services will be held. In lieu of flowers, donations may be made in his memory to the Maui Humane Society, P.O. Box 1047, Puunene, HI 96784. 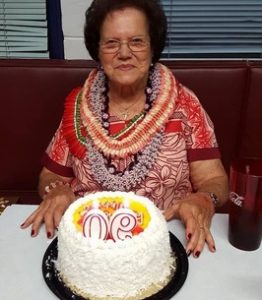 Nov. 24, 1925 – Dec. 5, 2020
Margaret Frances Cravalho, 95, formerly of Makawao, HI and recently living at the Kula Nursing Facility passed away Dec. 5, 2020 in Maui Hospice.
She was a beloved wife, mother, grandmother and friend to all who knew her.
ARTICLE CONTINUES BELOW AD

She is survived by her son Gary W. Cravalho of Woodbridge, VA, five grandchildren (Lisa, Ryan, Darren, Lori and Chad) and two great-grandchildren. She was preceded in death by her husband Alfred S. Cravalho, her son Alfred L. Cravalho and seven brothers.

A celebration of her life will be held at a later date.

April 24, 1926 – Dec. 5, 2020
Roland James “Jim” Wolfe, 94, of Wailea, Maui, passed away peacefully on Dec. 5, 2020. Jim was born on April 24, 1926 in Cattaraugus, NY to Ralph and Arlene (Pepperdine) Wolfe. Jim graduated from Lafayette High School in Buffalo in 1944 and then joined the US Army Air Corps. A member of the Greatest Generation, Jim was a veteran of World War II and served in the Pacific Theater. Jim was honorably discharged in the Fall of 1946.
He returned to Buffalo and worked various jobs at a bank, American Radiators and Curtiss-Wright in Buffalo until 1949. At that point, Jim’s fascination with airplanes transformed into his life’s work. He became a steward (a flight attendant in today’s parlance) with Robinson Airlines. Jim started taking flying lessons and earned his commercial pilot’s license in the Summer of 1950 thanks to the GI Bill. In 1951 he left Robinson to join Southwest Airways’ in San Francisco as a steward.In July 1952, he left Southwest to join Hawaiian Airlines as a co-pilot.
Months later, in November of 1952, Jim met the love of his life, Mona Yen (Miss Aloha Maui 1951). At the time, Mona was working as a stewardess for Hawaiian Airlines. Less than a year later, in August 1953, Hawaiian Airlines furloughed some of its pilots, including Jim. He returned to Buffalo and took a job with Mohawk Airlines as a pilot. His and Mona’s love, a story for the ages, was sealed when she left the beautiful Hawaiian Islands and her position at the airlines to move to Buffalo. Mona and Jim were married in Buffalo on April 8, 1954.
They soon moved to Ithaca, NY, to raise their family of four, all born in Ithaca. The Wolfes relocated to Clarence, NY where they raised their children until Jim’s retirement from US Airways. Jim retired from US Airways as a Captain on the Boeing 727 in 1986. His nickname among many of his fellow pilots was “Check Check”, a nod to his thorough preparation in the cockpit.
After retiring, Jim kept his promise to Mona, and they moved back to Mona’s birthplace – Maui. Jim made the transition easily aided by a love of Hawaiian music, playing card games, watching his Buffalo Bills and enjoying hosting family visits in Maui. He was a member of the Quiet Birdmen and Soaring Society of America.
Jim was preceded in death by his parents, an infant brother, Kaye Avalon Wolfe, and his beloved wife Mona. Jim is survived by his children Dale (Theresa) Wolfe, Greg (Cathy) Wolfe, Bob (Joanne) Wolfe, and Susan (Jim) Uhlman; and his many loving grandchildren; Jeff, Joel, Alexis, Austin, Alex and Lucy Wolfe, and Andrew and Jack Uhlman.
Jim will be interred with Mona in a private family ceremony. The family will honor Jim’s life and legacy in a larger memorial service to be scheduled at a later date. Condolences may be sent to: Ballard Family Mortuary www.ballardfamilymortuaries.com . In lieu of flowers, the family requests that any remembrance be made to Hale Makua Wailuku, 1540 Lower Main St., Wailuku, HI 96793. 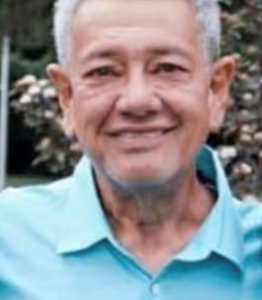 David Lee York, 66, of Waikoloa, died Dec. 4, 2020 in Waikoloa. He was born on Oct. 3, 1954 in Honolulu. David was a retired General Manger of Aviation Maintenance for Air Service Inc. of Las Vegas, NV and Aloha Airline of Honolulu. Before his aviation career, he was a professional Polynesian Entertainer for Tihati’s, Al Harrington and Tavana Shows. 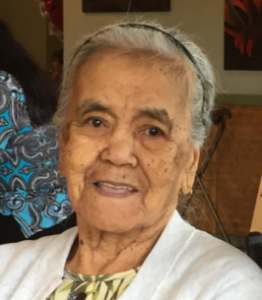 Esperanza Monces Cabbab Cantorna, 93, of Haliimaile, HI peacefully passed away at home on Nov. 29, 2020. She was born on Oct. 4, 1927 in Bantugo, Nagbukel, Ilocos Sur in the Philippines.

She is predeceased by her husband, Felino Cachola Cantorna; her parents, Aniceto and Maximiniana Cabbab; 1 brother, Juan Cabbab; and 4 sisters, Cirila, Agrifina, Demetria and Leonora Cabbab.

She worked for Maui Land and Pine for more than 23 years until her retirement in 1989. She was a strong, hardworking and loving mother, grandmother and great grandmother. She had a heart of gold, infectious smile and laughter, and boundless generosity.

Due to COVID, private services will be held with burial to follow at St. Joseph’s Church Cemetery. Expressions of sympathy may be sent to: 907 Hiilani Street, Haliimaile, HI 96768. 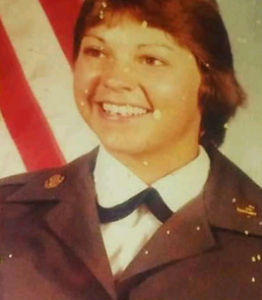 Cindy May Tidwell, 60, of Kamuela, died Nov. 30, 2020. She was born on Aug. 15, 1960 in Honolulu. She was a veteran of the US Army National Guard who served 18 years as a sergeant. Cindy was a very loving and caring person with a heart of GOLD. She always had her door open for people who needed help.

Due to certain circumstances the funeral/burial will be held at a later date.

Online condolences may be posted on www.ballardfamilymortuaries.com. Services provided by Ballard Family Mortuary-Kona.

Naiʻa Souza, 16, passed away unexpectedly on Nov. 14, 2020 near his hometown in Kahakuloa Village.

Naiʻa was born Dec. 2, 2003 in Honolulu. He was currently a sophomore at Baldwin High School, where he enrolled himself in the Junior ROTC program with plans to become an Army Ranger .

His extraordinary and unique spirit will be forever cherished by all his loved ones.

Nai’a was an amazing and intelligent young man. In a short period of time, he taught himself how to read, write and speak fluent Japanese, one of the hardest languages to learn. He also loved to work in the yard, planting kalo with his dad and brothers. He especially loved goat hunting with his brothers in the mountains.

He also helped with various projects in our small kahakuloa community. He was always helping wherever and whenever, carrying the weight upon his shoulders and loving harder than anybody ever could.

Goodbyes…
Are Not forever..
Are not the end..
It simply means…
I’ll Miss you…
Until we meet again…

A funeral service will be held at Ballard Family Mortuary on Dec. 20, 2020. There will be a drive-thru viewing from 11 am to noon. Burial to follow at Valley Isle Memorial Cemetery in Haiku. Celebration of life will be held at a later date. 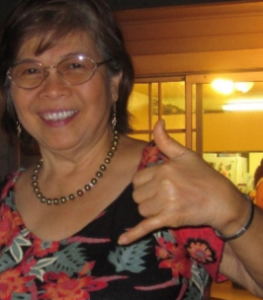 Leony Falcon Pernia, 84 of Kahului, peacefully passed from this world to the next on Nov. 27, 2020. She was born in Bohol, Philippines on Nov. 6, 1936 to the late Vicente Gonzales Pernia and Cristina Ruiz Falcon-Pernia.

Leony or Nanay as she was more commonly called was a devoted mother, grandmother and great grandmother. She believed strongly in faith and family. There is nothing Leony wouldn’t do for her family. She was everyone’s Nanay, best friend, drinking buddy, photographer, chef, yoda of the chessboard, everything and anything – she was the foundation of her family.

Leony enjoyed dancing, singing, cooking and capturing moments for family and friends through her camera lens. She was always down for a party with good food, friends and drinks. Her infectious laughter and smile will always be a missing piece in this world. May she shine down and watch over her family until they meet again.

Private viewing and services are limited to family only. Should friends and family desire, contributions may be sent to: June Molina P.O. Box 136, Wailuku, HI 96793. 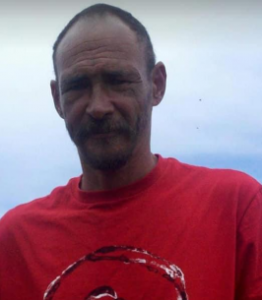 Private Services will be held

Jackie graduated from Maui High School in 1965, then enlisted in the US Air Force for 4 years. He retired from Hawaiian Airlines as a Ramp Agent.

Funeral services for Jackie will be held at a later date.

She lived and loved fully and fiercely and will live on in our hearts always.

John Anthony Ervin, 68 of Hilo, died peacefully on Dec. 5, 2020 at Hilo Medical Center. Born in Oakland, CA, he was a retired correctional officer in California

No services will be held

He is survived by his wife, Kanami Sasaki Ervin of Hilo, HI.