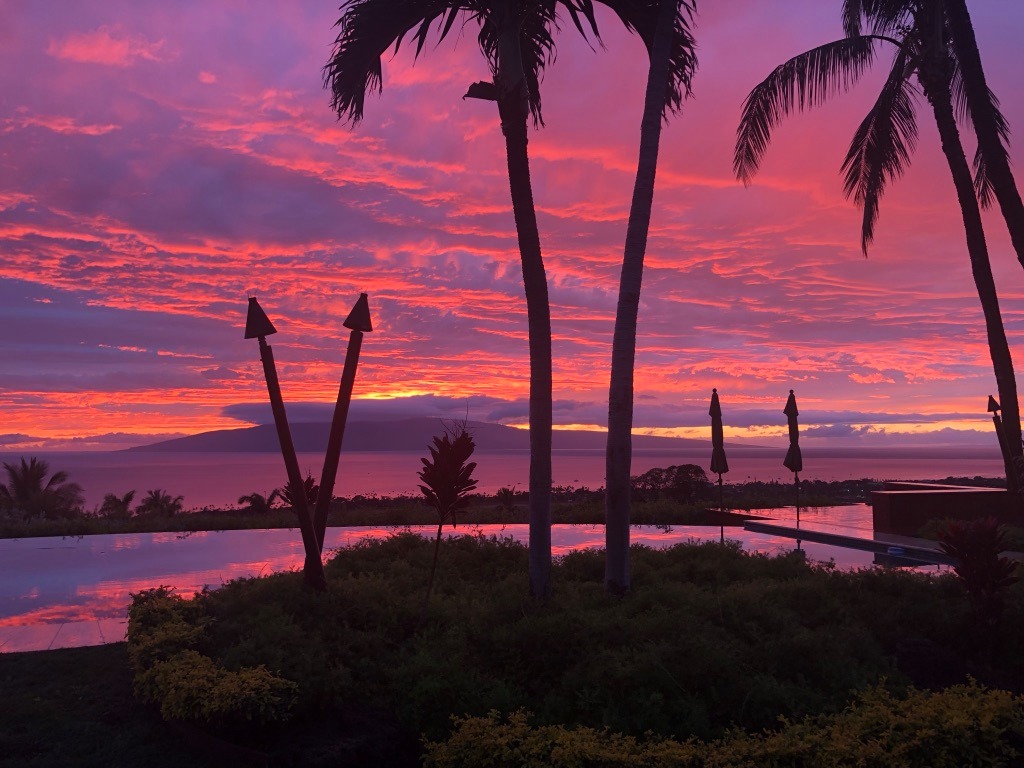 Strong trade winds over and upstream of the islands will keep advisory level surf in place along east facing shores through the first half of next week. A High Surf Advisory remains in effect for east facing shores of Kauai, Oahu, Molokai, Maui and the Big Island through 6 AM Monday morning. An uptick in surf is expected over the next few days as the winds increase locally and upstream of the state.

A series of small overlapping northwest swells will move through the area into next week, with surf remaining below advisory levels along exposed north and west facing shores. Wrapping trade wind swell continues to provide some small surf along south facing shores. A small out of season south swell will also give a boost to south shore surf later today through Saturday.

Conditions: Semi glassy/semi bumpy with NNW winds 5-10mph in the morning shifting NW less than 5mph in the afternoon.

Conditions: Clean in the morning with E winds 20-25mph. Fairly clean conditions for the afternoon as the winds increase to 25-30mph.

This comments section is a public community forum for the purpose of free expression. Although Maui Now encourages respectful communication only, some content may be considered offensive. Please view at your own discretion. View Comments
Trending Now
1Crews Respond To Brush Fire Near Maui Lani Golf Course In Kahului 2Law Enforcement Arrest Three On Maui For Alleged Electronic Enticement Of A Child 3Kuʻikahi Villages Plans For 202 Workforce Homes In Wailuku Moves Ahead 4Man Injured By Accidental Discharge Of Firearm At Kula Home 5Maui Police Administer Narcan To Revive Teen In Response To Possible Opioid Overdose 6Maui Obituaries Week Ending May 22 2022
Back to Top