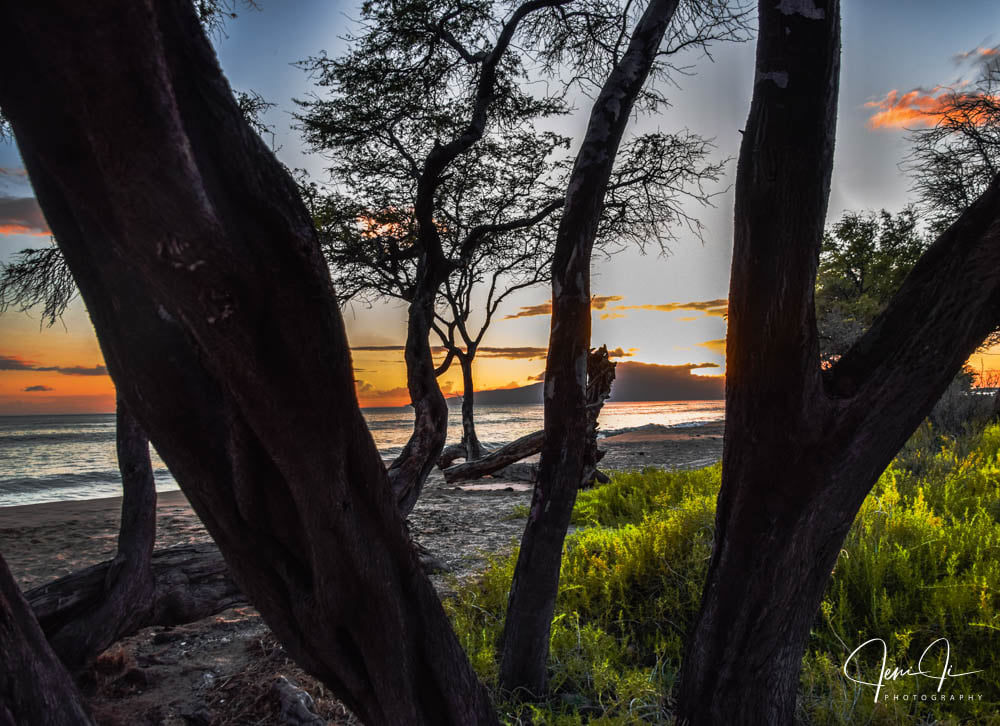 Trade winds will strengthen into the moderate to locally breezy range with passing windward and mountain showers through Saturday as a high pressure ridge builds in north of the region. Winds will diminish again from Sunday to Monday as the remnants of Tropical Cyclone Linda pass just north of the island chain. Lighter large scale winds will cause sea breezes to form in some areas with moderate northerly winds possible for islands closer to the remnant low center. Higher moisture levels and lighter winds will create warm and muggy conditions across the state. The biggest threat from the remnants of Linda will be from slow moving heavy rain bands that may increase the potential for localized flash flooding.

Satellite imagery this morning shows fairly stable cumulus and stratocumulus clouds drifting into the islands from the east on the strengthening trade winds. An upper low far north of the state continues moving away from the region as high pressure builds in. East of the islands Hurricane Linda continues to weaken as it moves into the Central Pacific area of responsibility later today. Stable stratocumulus clouds and drier air are feeding into the system as it gains latitude, which will continue to weaken the wind speeds around Linda as it approaches the Hawaiian Islands this weekend.
As of 11 PM HST Linda was located roughly 1200 miles east of Hilo and drifting towards the West-Northwest at 17 MPH. The latest forecast from the National Hurricane Center in Miami shows the center of Linda passing just north of the island chain as a post- tropical remnant low on Sunday and Monday.
In the short term forecast, trade winds have returned with moderate to locally breezy winds in the forecast through Saturday. Typical passing showers are expected with showers favoring the windward and mountain areas of each island, shower coverage will trend higher in the overnight to early morning hours.
Sunday and Monday…A disruption in the trade winds will occur as former Tropical Cyclone Linda approaches the Hawaiian Islands from the east. Dry and stable air feeding into this system from the north will keep weakening wind trends in the forecast. While some uncertainties remain in the track of Linda, our confidence on island weather impacts for each island will improve over the next few days. Please keep updated on the weather forecast conditions affecting your location as island by island weather impacts with this weakening system will evolve over time.
Wind Potential…The strongest winds with Linda will remain on the north side of the low center, which keeps the weakest winds on the south side of this system closer to the islands. For these reasons we expect lighter wind trends across the state as the weakened low passes by just north of the state. Lighter wind trends will produce some sea breeze activity for islands further away from the remnant low center with the potential for breezy northerly winds over islands closer to the systems track. The probabilities for strong damaging winds from Linda’s remnants remain low at this time.
Heavy Rain Potential…Deeper tropical moisture moving around this remnant low center will move into the state from the east on Sunday and Monday with precipitable water levels in the 1 to 2 inch range. This unstable tropical moisture will produce warm and muggy conditions statewide. Slow moving convergent shower bands may develop over the islands elevating the threat for heavy rain and localized flash flooding during this time period.
Tuesday and Wednesday…The remnants of Linda pass west of the state as trade winds return to the region by Tuesday morning. Moderate to locally breezy trade winds will produce typical passing showers favoring windward and mountain areas.

Trade winds are returning this morning and are expected to become breezy later today, lasting for the next few days. Relatively stable air will limit shower activity to windward and mountain locations and over the Kona slopes of the Big Island. The best chance for low clouds or reduced visibility within showers will be during the overnight and morning hours each day, though VFR conditions are expected to prevail at most locations throughout the forecast period.
There are currently no AIRMETs in effect, but mountain obscuration could become an issue later this morning, especially for eastern portions of Maui and the Big Island.

Trade winds, some locally strong, will return to the area today as a weak surface trough exits to the west of the islands. A Small Craft Advisory will be issued for the typically windy zones around Maui County and the Big Island as the winds increase this morning. Winds are then expected to ease over the weekend as the remnants of tropical cyclone Linda pass north of the islands beginning Saturday night.
An above average south swell has begun a slow decline, which will continue over the next few days. The High Surf Advisory for south facing shores will be cancelled this morning as surf has fallen below the advisory threshold of 10 feet. No other significant swells from the south are expected through early next week, although small, moderate period swells will prevent surf from going flat.
A small northwest pulse will continue to trend down through the morning, with no significant northerly swells expected through the forecast period. The easterly swell from Hurricane Linda is beginning to arrive and will spread west through Thursday and maintain moderate surf along east facing shores through the weekend. Wind waves will be small though, given the anticipated light winds.