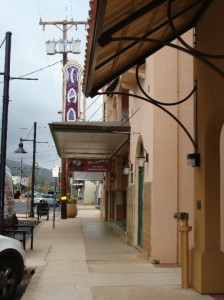 The grant awards were announced this morning by U.S. Congresswoman Mazie Hirono.Â  Funding for both projects is being distributed through the U.S. Department of Commerce’s Economic Development Administration (EDA).

An estimated $1.2 million goes toward the design of the Municipal parking garage project in Wailuku.Â  The structure is expected to address problems with lack of sufficient parking and at the same time, help to revitalize and generate new business for the commercial core of Wailuku.Â  The EDA funding will also be used for an environmental assessment.

A separate $1.06 million will be used for the construction of a Renewable Energy Resource Center in South Maui.Â  The center is expected to help the island diversify its economy by supporting development of renewable energy businesses that are designed to use Hawaii’s abundant natural resources.Â  The renewable sources include solar, wind, and wave energy, as well as algae and other crops used to generate biofuels.

(Posted by Wendy Osher, Information provided by the office of Congresswoman Mazie Hirono)