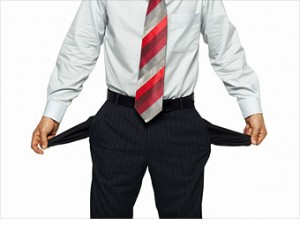 Despite the efforts of many businesses to stay out of the red, many businesses are unable to tread water. With the economy being in a state of recession, some Maui businesses are finding it hard to capitalize on tourism, or conduct their regular business as usual. Clearly, declaring bankruptcy is not something that any business wants to endure, but it has become a fact of life in this economy. One such business – a Maui business called The Mortgage Store – started by George Lindell and then subsequently sold to his daughter Holly Hoaeae, has filed for bankruptcy, citing approximately fourteen million dollars in debt and assets that slightly less than this amount.

Because of the high amount of unsecured creditors, some involved officials have noted that this is an unusual case. Additionally, the state securities commission has noted that it has received complaints about this business and that an investigation is pending. Dane Field is in charge of liquidating assets and repaying creditors, with the largest amount owed to any creditor being seven hundred thousand dollars. The lawyer for the company noted that most people owed will receive something, but that it will not be substantial.

The core of the problem is that investors gave money to The Mortgage Story, expecting a seven percent return. The money was then used by The Mortgage Store in to buy properties in Texas, Maui, Indiana, and Ohio. Because of the economy, the value of the properties that were owed fell beneath the balance of the mortgage, forcing a bankruptcy to liquidate assets that would never bounce back.

In addition to owning The Mortgage Store, Lindell and Hoaeae own a financial and investment advising company called True Wealth Group. Despite working together on this business, Lindell is no longer associated with The Mortgage Store. Lindell owned and operated The Mortgage Store for around thirty years and then sold it to his daughter two years ago; since then, he has had no role in the company and his daughter acts as president, secretary, and treasurer.

Chapter 7 bankruptcy is the most common form of bankruptcy. Under Chapter 7, a liquidation process occurs unlike the reorganization process of Chapter 11 bankruptcy. Under Chapter 7, a trustee is appointed to control the liquidation of assets of the business in question; the trustee is also responsible for distributing equally these newly found monies to owed creditors. A Chapter 7 bankruptcy does not necessarily mean that a company will close – sometimes the liquidation can occur and the company can bounce back and work to regain trust and to rebuild the business.