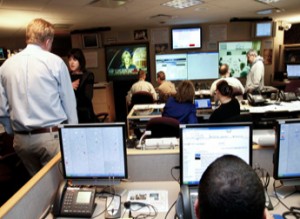 A double disaster followed by a nuclear emergency has many on Maui with eyes on Japan. A new sense of urgency in Japan occurred when radiation was released from fuel rods at the Fukushima Dai-ichi complex. The latest news prompted the evacuation of 70,000 people and orders for another 140,000 to stay at home according to media reports out of MSNBC.

It’s been five days since a deadly quake shook the east coast of Honshu, Japan, and a subsequent tsunami sent a torrent of water over areas including Miyagi Prefecture on Japan’s east coast. The death toll from the combined quake and tsunami incidents continues to rise with thousands reported dead and many more missing.

Here at home in Hawaii, health officials are advising the public against ingesting potassium iodide, saying there is no increased risk of radiation exposure in the islands.

The Department of Health (DOH) continues to closely monitor the situation, and at this time says there is no indication of increased risk to the state. “Based on all available information, state and federal experts do not anticipate a risk of radiation exposure to Hawaii,” health officials said in a statement today. “Therefore, the Hawaii State Department of Health (DOH) advises the public against ingesting potassium iodide or KI as a precaution against possible radiation exposure,” the statement said.

“There is no increased risk of harmful levels of radiation exposure in Hawaii based on the situation to date at the nuclear power complex in Japan,” said Interim Health Director Loretta Fuddy.

“Those who ingest potassium iodide out of concern for possible exposure from this situation are doing something which is not only ineffective, but may also cause unwanted side effects. If a need should arise for residents to start taking potassium iodide to guard against effects of radiation exposure, the Hawaii State Department of Health along with other local, state and federal agencies will inform the public. We do not anticipate this need,” said Fuddy.

The DOH along with other local, state and federal agencies continues to monitor the situation. The department uses a number of redundant monitoring systems capable of detecting any significant elevation in radiation levels.

What is Potassium Iodide:

Potassium iodide, or KI, is a stable form of iodine. During a nuclear emergency, persons may be exposed to a radioactive form of iodine, which can be harmful to the thyroid gland. In such an event, public health officials may recommend use of KI to offer some protection. KI is not recommended for use as a precautionary medication, unless there is a specific emergency that warrants use as recommended by public health officials.

Although usually benign, KI can be harmful to people with allergies to iodine or shellfish, those with certain skin disorders, or those with thyroid problems.

Observed but infrequent side effects of ingesting potassium iodide include nausea, intestinal upset, rashes, inflammation of the salivary glands, and possibly severe allergic reactions. KI cannot protect the body from radioactive elements other than radioactive iodine-if radioactive iodine is not present, taking KI is not protective.

All residents are reminded to prepare a basic, emergency kit to prepare for any kind of disaster. While potassium iodide is not a recommended component of such a kit, there are at least 10 essential items, as recommended by the DOH Plan to Be Ready guide which should be included. The guide is available at http://hawaii.gov/health/BT/Kit.html.

These essential items will help ensure that people can meet their own basic needs when other resources may not be available during an emergency. It is also vital that families put together a communications plan, such as a pre-planned place to meet and a designated out-of-state contact, in case family members are separated or at work or school when a disaster strikes. 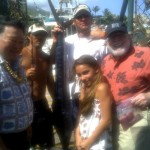