The National Weather Service canceled the Flood Advisory for the island of Maui at 5:26 p.m. Forecasters say weather radar and rain gauges showed that the heavy rains have subsided.

A Flash Flood Watch Remains in effect for Maui and the entire state through Thursday evening as a cold air mass passes over the state.  The system is expected to bring periods of thunderstorms and heavy rains.  The wet weather is expected to be spotty and could result in flash flooding.  The public should continue to monitor media reports for updates. 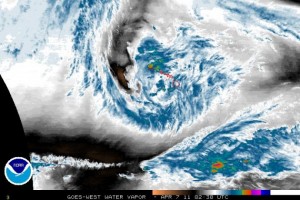 The National Weather Service issued a Flood Advisory for the island of Maui until 7:45 p.m. tonight, April 6, 2011.

At 4:42 p.m., forecasters say rain gauges across Upcountry, Maui showed heavy rain falling at up to 2 inches per hour from Pukalani to Kula. The area of rain was nearly stationary.

The National Weather Service says heavy rain up-slope can lead to a rapid rise in streams near coastal areas.

Other locations in the advisory include, but are not limited to Makawao, Ulupalakua, Kihei and Wailea.

As a precaution, motorists and pedestrians should stay away from streams, drainage ditches and low-lying areas prone to flooding. Rainfall and runoff can make driving hazardous due to ponding, reduced visibility and poor braking action. Fast flowing or rising water should not be crossed in a vehicle or on foot. The NWS says, “Turn around, don’t drown.”

There is also a Flash Flood Watch in effect. 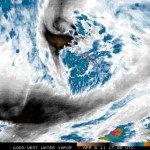